By Peter JanciOctober 3, 2019No Comments 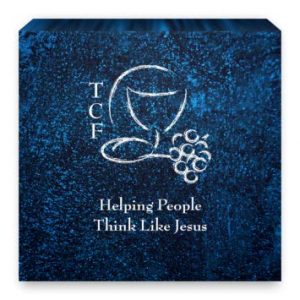 A lawsuit was filed today by a former member of Trail Christian Fellowship in Eagle Point, Oregon, alleging that the church negligently failed to protect her from childhood sexual abuse by an adult involved in the church’s youth group.

The suit, filed in Jackson County Circuit Court, alleges that then 23-year-old Navy seaman Jacob Durrett sexually abused the girl on multiple occasions in 2008 and 2009, beginning when she was 14. (The victim is referred to in the suit under a pseudonym to protect her identity.)

Specifically, the complaint filed with the Court alleges that the church, prior to the last act of abuse suffered by the Plaintiff, “received one or more reports from another female minor member of TCF that Durrett had sexually abused her.” Thereafter, Plaintiff herself informed “a Pastor and Church Leader that she had an encounter with Durrett in which Durrett had touched and fondled her entire body.” Later, “Plaintiff attended a going-away party for Durrett at the home of Durrett’s parents, along with . . . a TCF Church Leader and other TCF members.” The lawsuit alleges that the victim was then sexually abused at that going away party, after Durrett had noticeably been acting inappropriately close and touchy with the abuse survivor.

The victim is represented by Portland-area attorney Peter Janci of law firm Crew Janci LLP, and Faith Morse, of Andersen, Morse, & Linthorst, PC. Crew Janci LLP is known for representing victims of sexual abuse around the country in cases against schools and large institutions of trust. Attorneys from Crew Janci LLP were part of the Plaintiff’s trial team in the case of Kerry Lewis v. Boy Scouts of America, which resulted in a $19.9 million plaintiff’s verdict and spurred the public release of more than 1,200 of the Boy Scouts’ secret files on scout leaders accused of child sexual abuse. More recently, the work of attorneys from Crew Janci LLP was featured in the New York times for their successful advocacy on behalf of 21 victims of sexual abuse at an elite private school in New Jersey.

“We believe the evidence in this case will show that Trail Christian Fellowship knew or should have known that Mr. Durrett was sexually abusing minors from the church, including Plaintiff.  Durrett was allowed to attend the church’s youth group where he groomed Plaintiff and another girl. We believe the evidence will show that numerous adult church members also saw Durrett engage in boundary violations, including cuddling with the then-15-year-old. We also intend to prove that the church received a direct report from another girl in the church that she too had been abused by Durrett,” explained attorney Peter Janci of Crew Janci LLP, which is representing the victim.

“We intend to prove that these warning signs were known to—and repeatedly ignored by—multiple church employees and that the church officials failed to report reasonable suspicions of the abuse to police, despite being mandatory reporters,” said Janci.

In 2015, Durrett was indicted in Jackson County on four felony counts arising from his abuse of Plaintiff. Durrett died before a conviction could be obtained.

“People need to understand that sexual abuse by those in positions of trust can happen in any youth-focused organization.  It doesn’t matter if you live in an otherwise safe, quiet, small-town area.  Sexual predators use these types of positions of trust to sexually abuse children in their care.  This will continue to happen until all youth-focused groups—perhaps churches most of all—intentionally create practices and cultures that put the safety of children above the fear of social discomfort or institutional embarrassment,”  said Faith Morse, of Andersen, Morse & Linthorst, another attorney for the victim.

“Church youth groups should be safe places where parents can send their children secure in the knowledge that the pastors and other adult leaders will be looking out for their child’s safety.  Unfortunately, in this situation, it was an adult using the church’s youth group to meet victims who was afforded privileges and advantages, instead of the minors he victimized,” said Morse.

“We believe the evidence will show that the abuse of this girl occurred as the result of a series of cultural failures at the church.  Trail Christian Fellowship may have written child protection policies on the books, but the evidence shows that, at best, those in charge either did not believe that child sexual abuse could happen at their church, or worse—did not care enough to stop it,” said Janci.

As a result of the sexual abuse, the victim in today’s lawsuit has faced significant struggles, according to her lawyers.  “The evidence will show that the victim faced blame for causing discomfort by bringing up the abuse.  She was not properly supported by Trail Christian Fellowship.  She has suffered depression, anxiety, and a number of other serious symptoms.  She will continue to require treatment.  She is making the best of her life in the face of profound, long-term effects of this preventable abuse,” said Janci.