By Peter JanciFebruary 21, 2020No Comments 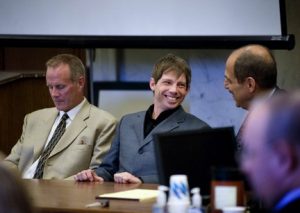 The national organization of the Boy Scouts of America (BSA) filed for Chapter 11 bankruptcy as the organization faces hundreds of lawsuits from men across the nation who were sexually abused as Scouts. Recently, states like New York, California, and Pennsylvania have loosened the statute of limitations laws. Victims of sexual abuse can now bring lawsuits against organizations like Boy Scouts of America that were previously not allowed under state law.

The bankruptcy filing does not mean that BSA is going out of business. According to BSA, the purpose  is to bring all of the claims that are pending against the national organization into one court and one process. Specifically, BSA has initiated voluntary financial restructuring to compensate all victims of past abuse through a proposed Victim’s Compensation Trust. Anyone who has suffered abuse is encouraged to contact an attorney as soon as possible. Failure to file a claim may result in loss from the ability to file a claim in the future.

The bankruptcy filing is yet another important event for survivors of abuse who are seeking justice. Crew Janci LLP is here to support survivors seeking justice just as they did ten years ago. In 2010, the late Kelly Clark, along with Peter Janci and Steve Crew (now partners of Crew Janci LLP) won a landmark sex abuse lawsuit (Kerry Lewis v. Boys Scouts of America) awarding former Scout Kerry Lewis nearly $20 million. Not only was the award was the largest ever levied against the organization, but it also led to the public release of the “perversion files.” The Boy Scouts had kept the perversion files secret from the public for decades.  Crew Janci LLP has extensive experience litigating sexual abuse claims against BSA and a proven track record of success.

If you or someone you know has been subjected to sexual abuse in Boy Scouts, our sexual abuse lawyers are here to help. Call us today for a free consultation or send us a confidential message. We take these matters seriously and will keep your message confidential.