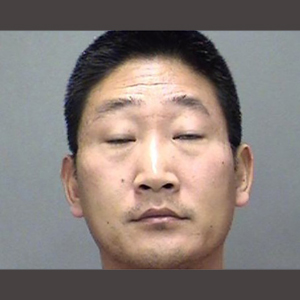 Six students who filed federal lawsuits after their teacher was accused of shooting upskirt videos of them have reached a $660,000 settlement with the school that employed him, according to attorneys for two law firms who represented the students.

Adam Mayr, who worked as a teacher at Gloucester County Institute of Technology, was recently sentenced to 10 years in state prison after pleading guilty to one count of invasion of privacy and official misconduct. He was originally accused of recording 24 students without their knowledge over a two-year period using a small video recorder.

All defendants except for Mayr are part of the settlement.

“Mayr has refused to accept any civil accountability to his victims in the federal action, which will continue to trial on behalf of the 6 plaintiffs and any other victims who join the action subsequent to Mr. Mayr’s sentencing,” according to a press release issued by attorneys Michael J. McKenna and Richard Grungo.

The students blamed their school for failing to recognize what Mayr was doing.

He used GCIT equipment to store and view the videos, according to court documents. The students claimed the school and school board failed to monitor what Mayr was storing on GCIT computers and networks.

The plaintiffs’ attorneys confirmed Monday that Mayr did not distribute the videos online or share them with others.

In addition to making the recordings, students claimed in their lawsuits that Mayr, who worked as an English teacher and athletics coach, flirted with them and made “inappropriate, degrading and embarrassing remarks to them during class and/or school activities.”

They also accused Mayr of violating state and federal laws against gender discrimination by demonstrating a pattern of sexual abuse and creating a hostile school environment. The district was faulted for failing to train staff and properly supervise staff behavior when it came to these issues.

During his sentencing in the criminal trial, prosecutors spoke about the damage students suffered as a result of Mayr’s actions. “I have been violated,” one student wrote in a letter read aloud in court. I felt and still feel very stuck and alone. My high school experience has been tarnished by Adam Mayr’s actions.”

Mayr sought to shield himself from civil liability following his guilty plea in the criminal case.

During his Aug. 4 sentencing, Superior Court Judge M. Christine Allen-Jackson rejected a civil reservation motion from the defense, which would prevent his guilty plea from being used against him in civil court claims. Defense argued that Mayr faces significant financial losses in the civil cases.

The lawyers in the civil case vowed to keep pursuing the ex-teacher in the courts.

“Mayr is not walking away from this,” they said in a statement. “Mayr will not get a free ride from the school’s settlement of the claims against them. That would be unjust and unfair to his victims.”