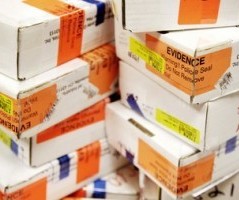 Addressing the Rape Kit Backlog in Oregon and Nation-Wide 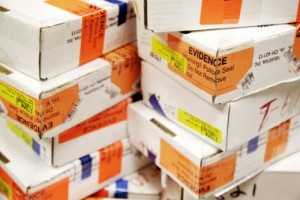 Today, May 20, 2015, the United States Senate Committee on the Judiciary and the House Committee on Appropriations will hold hearings on several measures addressing the nation-wide rape kit backlog.  The Senate Judiciary Committee hearing will receive testimony from several prominent witnesses regarding the impact of the backlog.  The House Appropriations Committee will discuss the allocation of $41 million to the FY16 budget in order to provide additional funding for states seeking to address the backlogs within their jurisdictions.

Yesterday, May 19, 2015, CBS news interviewed Oregon advocate and Crew Janci LLP client Brenda Tracy in advance of these two important congressional hearings.  Ms. Tracy discussed the betrayal she felt when she recently learned that her rape kit had never been tested and instead had been destroyed three years prior to the running of the criminal statute of limitations.  Ms. Tracy also spoke about the legislative and policy reform we have been working on here in Oregon over the last several months.

We here at Crew Janci LLP have been advocating alongside our client Brenda Tracy to enact reform here in Oregon addressing the rape kit backlog.  This blog post provides an overview of our legislative work and a brief primer on the reasons why timely testing and submission of rape kit evidence is so important for both survivors and society at large.

What is a Rape Kit?

For a number of legitimate and understandable reasons (including fear of disbelief, stigma, shame, and self-blame), approximately 75-80% of sexual assault victims decline to report the crime to police.  Of those that do, many are encouraged to consent to a sexual assault forensic examination in order to collect forensic evidence of the assault for use in a future criminal prosecution against the offender(s).  These invasive examinations tend to last anywhere from two to ten hours and can be extremely traumatizing for victims.  When tested, rape kit evidence can identify unknown assailants, confirm the presence of a known suspect, affirm the survivor’s account of the attack, connect the suspect to other crimes, and exonerate innocent suspects.

What is the Rape Kit Backlog?

Victims who consent to the rape kit exam do so under the assumption that his or her rape kit – once collected and given to law enforcement – will be automatically tested and used by officials to investigate their case and help convict the person who harmed them.  Frequently, however, law enforcement agencies fail to process or test rape kits, and sometimes destroy rape kits before criminal and/or civil statutes of limitations have run.

Although rape kits provide important evidence of a serious, violent crime, the federal government estimates that as many as 500,000 kits sit untested in police evidence lockers nationwide.  Because there is no law requiring local, state or federal law enforcement agencies to track and inventory rape kits received into evidence, the true number of untested kits is unknown.  However, in light of the reports on city and state backlogs in recent years, we can surmise that the actual number of untested kits nationwide is likely much higher than the 500,000 estimate, above.

Why Does the Rape Kit Backlog Exist?

Actors within the criminal justice system often cite to varying systemic failures in accounting for the backlog of untested rape kits.  Two of the most common reasons cited for not testing kits are (1) lack of funding and (2) lack of need to test rape kits where the suspect is known (i.e., “non-stranger” rape cases, such as acquaintance rape, date rape, or “he-said-she-said” cases).   However, these reasons are unpersuasive for a number of reasons.   For instance:

What are Some Examples of Proven Benefits Resulting from Rape Kit Testing?

Jurisdictions that have enacted rape kit reform have begun to realize the variety of benefits attendant to timely and thorough testing of rape kits.  For instance:

What is the Scope of the Backlog Here in Oregon?

As mentioned above, because there is no Oregon or federal law mandating the testing, tracking, and/or auditing of rape kit evidence, the true number of untested and backlogged rape kits in Oregon is unknown.  However, KVAL news recently reported that the backlog of untested kits in Portland, Oregon alone numbers nearly 2,000.  The Oregonian reported that the Portland Police Bureau knew of this backlog since at least 2002; even though a 2012 internal audit recommended the adoption and enforcement of policies requiring testing of kits, the PPB did not meaningfully respond to or acknowledge the backlogged kits until May of 2015.

Portland is not unique: thousands of backlogged kits have been uncovered in dozens of state and cities across the United States.  Although a number of states and cities have enacted legislative reform to address their jurisdictional backlogs, the vast majority – including Oregon – have not.

What is Being Done to Remedy the Backlog Here in Oregon?

In February of 2015, the Oregon legislature proposed adoption of Senate Bill 563, which would require law enforcement agencies to report the number of untested rape kits in an agency’s possession to the Attorney General.  We here at Crew Janci LLP, along with our client Brenda Tracy, proposed several amendments to SB 563 in order to more fully address the various issues surrounding the rape kit backlog.

Our proposed amendments addressed the need for policies regarding the testing and destruction of rape kits, requiring law enforcement retention for the length of the statute of limitations period, allowing for elective victim notification of the status of their rape kit, and permitting the victim to take the kit into their own possession (for use in a civil suit) once they are notified of the state’s intent to destroy the kit.  SB 563 was ultimately sent to a legislative work group, to which the Chair of the Senate Judiciary Committee, Sen. Floyd Prozanski, appointed Crew Janci LLP attorney Jacqueline Swanson following receipt of her testimony.

Through this workgroup, we here at Crew Janci LLP and our client Brenda Tracy hope to propose and pass policy reform identifying the scope of the problem here in Oregon and enact meaningful remedies addressing the backlog and destruction of rape kits in the 2016 legislative session.  In so doing, we seek to promote and enforce the right to dignity and respect constitutionally guaranteed to all Oregon crime victims.

If you are a survivor of rape or other sexual violence and would like to speak with someone confidentially about your legal options, please contact us using our confidential online form or call us today at 1-888-407-0224.