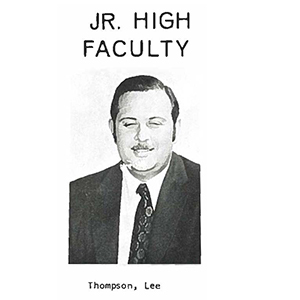 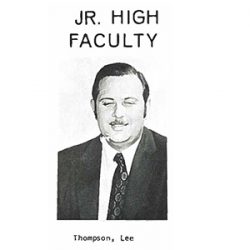 A new child sexual abuse lawsuit was filed today in Portland, Oregon against the Seventh-day Adventist Church.  The suit alleges that the regional governing body – the Oregon Conference of Seventh-day Adventists – responded to information about abuse by moving a suspected child abuser from his position as a teacher at the private Portland Adventist Elementary School to the position of Pastor of one the largest Adventist congregations in Portland.

The lawsuit – filed in Multnomah County Circuit Court – alleges that Adventist teacher Lee Thompson sexually abused the Plaintiff (referred to as “Laura Doe”) on multiple occasions when she was 12 and 13 years old in approximately 1972 and 1973.  According to the Complaint, Thompson subjected the girl to French kissing, groped her genitals, and penetrated her with his fingers.

The lawsuit also asserts claims for negligence against the Oregon Conference, alleging:

The suit seeks $2 million for pain and suffering, $2 million for economic damages.  The lawsuit also states that the Plaintiff intends to request punitive damages from the Defendant as well.

“Our client has alleged – and we intend to prove – that the Seventh-day Adventist Church learned information indicating that teacher Lee Thompson was sexually abusing this child.  We intend to prove that, upon learning of his dangerousness, the Seventh-day Adventist Church chose not to terminate him or report him to the police.  Instead, we intend to prove that the Church moved Thompson from his position as a teacher to the position of a pastor, where he continued his abuse of this young girl,” said Peter Janci, attorney for the Plaintiff.

The suit alleges that the victim “has suffered and continues to suffer severe and debilitating physical, mental, and emotional injury, including pain and suffering, physical and emotional trauma, and permanent psychological damage distinct from the abuse itself.”

“This is not the first time the Seventh-day Adventist Church has been accused of turning a blind eye towards child sexual abuse.  We believe it is important to uncover the truth about what happened and to hold the Church accountable – to help ensure that this does not happen to children today,” said Stephen Crew, attorney for the Plaintiff.

The attorneys for the victims have pursued numerous previous cases against the Seventh-day Adventist Church for claims related to child sexual abuse, which have been reported in the media:

Other recent media coverage shows that child sexual abuse remains a current problem in the Seventh-day Adventist Church and its affiliated organizations:

Attorneys at Crew Janci LLP have represented more than 100 victims of sexual abuse in cases against the Catholic Church, Mormon Church, Seventh-day Adventist Church, Boy Scouts of America, public and private schools, and other youth-serving organizations around the country.

Anyone with information about Lee Thompson or abuse in Seventh-day Adventist Church is asked to contact the victim’s attorneys at Crew Janci LLP at: 1-888-407-0224.