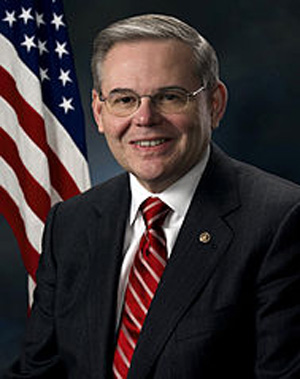 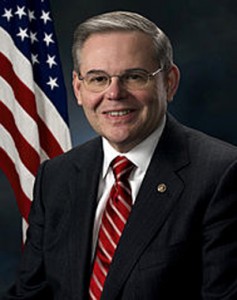 Sen. Bob Menendez (D-NJ) is at the center of an FBI investigation into his trips to the Dominican Republic, paid for by a major Democrat donor.  Menendez has taken the major step in acknowledging that the trips were illegally paid for by reimbursing the doctor nearly $60,000 for two (2!) trips to the island.  FBI reports also indicate that Menendez travelled to the DR (in violation of congressional ethics rules) to engage in sex with prostitutes.  http://fedsinvestigationonsenmenendez.files.wordpress.com/2013/01/mailwithfbi9.jpg   Making matters much worse, Sen. Menendez apparently liked the “youngest and newest girls,” and these tragic victims have spoken to the FBI.  http://dailycaller.com/2013/01/31/dominican-prostitute-senator-bob-menendez-likes-the-youngest-and-newest-girls/  There are indications that the senator in fact sought out underage prostitutes.  http://dailycaller.com/2013/01/25/emails-show-fbi-investigating-sen-bob-menendez-for-sleeping-with-underage-dominican-prostitutes/  The FBI quoted “testimony of one of the girls,” and described it as a letter: “the original written in her own hand,” the source wrote. “She’s 19 now, but took part in private parties with Senator Menendez being only 16.”  That’s not just having sex with prostitutes, it’s engaging in and supporting the international sex trafficking trade.

It is bad enough that a sitting US Senator would accept unlawful trips out of the country to frequent prostitutes, but for that particular US Senator—one of the most powerful men on the planet—to victimize underage girls is simply vile.  The allegations are such that any man with a shred of decency would resign immediately while the investigation is concluded.  Should these things prove true, Senator Menendez must offer his apologies and compensation to his victims, and serve a long and harsh prison sentence to the end of his days.