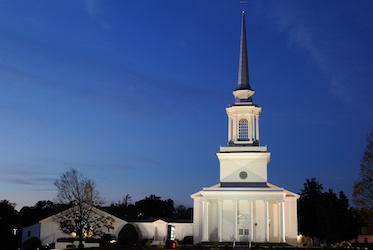 The Houston Chronicle, a newspaper involved in the investigation of sexual abuse cases within the Southern Baptist Convention (SBC), has published a searchable online database containing the case details of hundreds of perpetrators over more than two decades.

The move comes following an ‘Abuse of Faith’ investigation into the church jointly led by the Houston Chronicle and San Antonio Express-News.

The SBC’s trail of shame

With around 47,000 affiliated churches, the SBC is both the largest group of Baptist churches and the largest Protestant denomination in the United States.

However, it has recently been embroiled in controversy due to its apparent systematica failures in responding to sexual abuse within its churches. The SBC has been accused of failing to effectively screen for sexual predators, failing to respond adequately to reports of sexual abuse and, in some cases, of deliberately concealing sexual crimes.

This one case is just the tip of the iceberg.  However, despite more than ten years of pressure from activists (including Ms Vasquez herself) the SBC refused to create a publicly searchable database to help track sexual predators.

Now, following six months of research, the Houston Chronicle has built a database of their own –a database which reveals that abuse has continued in the absence of reforms.

What does the database contain?

As of December 2018, the Houston Chronicle database contains the details of 380 former church officials and volunteers who have either pleaded guilty to sex crimes or been convicted following trial. Between them, they have caused the suffering of more than 700 known victims, mainly minors.

220 of the listed individuals have been convicted with 90 of these still incarcerated and a further 100 registered as sex offenders.

The online database allows anyone to search for offenders by name, state, church position or decade (1990s to 2010s).

Each individual entry includes further details such as the court of conviction, case outcome and links to news reports and official records.

If you have information about any abuse at SBC churches, you can also report it directly to the Houston Chronicle’s ‘Abuse of Faith’ investigation team via this online form:

In response to the scandal, SBC leader J.D. Greear announced a raft of new measures to tackle those churches guilty of failing to properly screen new recruits or to act on allegations of abuse. Although Greear stopped short of expelling any churches from the fellowship, he did warn that this would have to be considered for any churches that refused to take reforms seriously.

Greear also singled out ten churches for particular scrutiny, six of them based in Texas. These churches had all employed church officials or volunteers who had previously been accused of committing sexual abuse. Three of these were youth pastors who were later convicted for sexual crimes. According to the Houston Chronicle, a further four of these individuals are still working in churches.

Among the targeted churches were Houston’s Second Baptist Church, a megachurch with a membership of over 63,000, and Arapaho Road Baptist Church in Garland, Texas. Both churches were successfully sued for failing to protect teenagers in their youth groups from sexual abuse.

Another church called out by Greear, the First Baptist Church in Bedford, Texas, employed a music teacher who had previously been charged with sexual crimes in another state.

Victims advocates have been critical of the SBC for its slow and lacklastur reforms.  The SBC claims that reform has been challenging due partly to autonomous nature of many of its churches.  Victims advocates contest this portrayal and contend that the SBC has sufficient influence to force change amongst its member churches, but lacks the will to do so.

If someone you care about or know has been a victim of sexual abuse within the SBC or any other religious denomination, Crew Janci LLP are here to help. We can provide confidential advice on the rights and options for victims of child sexual abuse so please contact us today, for free, on 1-888-407-0224 or via our secure online form.