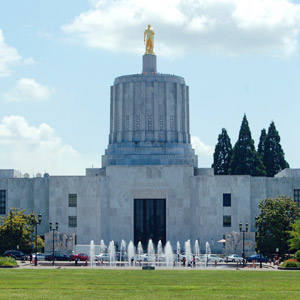 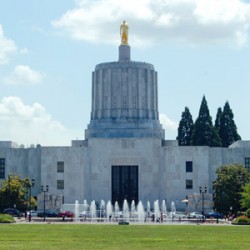 On Wednesday, Feb. 3, 2016, the Oregon Senate Committee on Human Services and Early Children issued a unanimous “do-pass” vote to Senate Bill 1515. The Bill – sponsored by Committee Chair Sen. Sara Gelser – establishes standards and criteria for mandatory licensing, certification and authorization of child-caring agencies by the Department of Human Services.

The proposals set forth in the Bill were developed following the recent revelations surrounding the neglect and abuse of children in the Oregon foster care system, such as provider “Give Us This Day,” which closed last year amid accusations that it tolerated more than a decade of child abuse. Further, hundreds of emails released by Sen. Gelser reveal that top officials at DHS were aware of the provider’s licensing since 2009; worse yet, a 2014 log dating back to 2001 revealed that many serious reports of abuse – including child sexual abuse – were closed without investigation.

Moreover, the Bill establishes protocols, policies and procedures regarding the report and disclosure of abuse by DHS, and the steps DHS must take following such a report. In this sense, the Bill ensures that foster care providers – as well as DHS – comply with existing standards and criteria.

Importantly, the Bill expands the definition of “abuse” for purposes of investigation allegations of child abuse in these types of facilities. “Abuse” is defined as “one or more” of the following:

(a) Any physical injury to a child in care caused by other than accidental means, or which appears to be at variance with the explanation given of the injury.

(c) Abandonment, including desertion or willful forsaking of a child in care or the withdrawal or neglect of duties and obligations owed a child in care by a child-caring agency, caretaker or other person.

(d) Willful infliction of physical pain or injury upon a child in care.

(j) A wrongful use of a physical or chemical restraint of a child in care, excluding an act of restraint prescribed by a physician licensed under ORS chapter 677 and any treatment activities that are consistent with an approved treatment plan or in connection with a court order.

The Bill also increases the age of protected persons from 18 to 21, thereby protecting young adults in these types of homes as well as children, and makes the failure to remove a child from an unlicensed facility a crime.

At Wednesday’s hearing, the Governor’s Office, Department of Justice, Court Appointed Special Advocates (CASA), and the Oregon Trial Lawyer’s Association all presented testimony in support of the Bill. The Department of Human Services and the Oregon Alliance of Children’s Programs also offered testimony, but did not state whether they were for or against the Bill on the witness registration sheet.

Currently, Oregon has only three inspectors who track some 200 licensed child-care facilities across the State. Because the Bill seeks funding for two licensing inspectors, the Bill’s next stop is the Joint Committee on Ways and Means. If it passes through Ways and Means, it will go to the Senate for a vote, and thereafter the House.

If the Bill passes into law, the first quarterly compilation of abuse reports could come out as soon as this fall; the rest of the bill’s provisions would take effect July 1, 2016.

Accountability and transparency are key to ensuring the safety and welfare of children, as well as the effectiveness of the system which purports to oversee their care.   As such, we here at Crew Janci support this Bill, and commend Senator Gelser and all of the tireless advocates fighting to protect Oregon’s most vulnerable population.