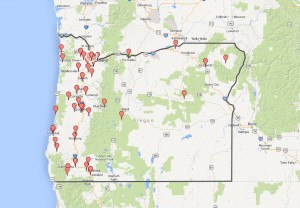 For background, the “Perversion Files” are a subcategory of BSA’s Ineligible Volunteer Files — secret files kept at BSA’s national headquarters starting shortly after BSA’s founding in 1919. Each perversion file documents information about an individual scout leader, most of whom were suspected of sexually abusing boys. By 1935, over 1,000 men had been kicked out of Scouting for sexually abusing boys. Nevertheless, BSA kept the problem of Scout Leaders sexually abusing boys as quiet as possible and, for decades, failed to implement reasonable policies to protect boys in the local troops.

In the Spring of 1987, twenty-eight-year-old Thomas Lee Bailey, Scoutmaster of Salem-area troop S-0044, was removed from his position by Scouting officials on allegations that he had molested a Boy Scout.

If you have any information about Scoutmaster Thomas Lee Bailey or sexual abuse in the Boy Scouts or another institution of trust, please contact us for a free confidential consultation at 1-888-407-0224 or use our confidential online form.