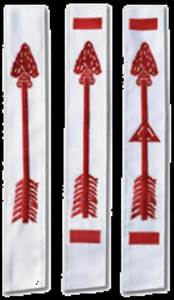 By Peter JanciAugust 18, 2015No Comments 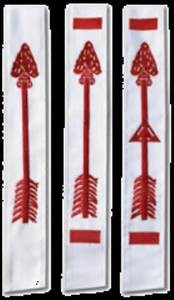 The Perversion File on Kenneth James Drury is a case study in the systemic failures of the Boy Scouts’ Perversion file system in keeping molesters away from Scouts after abuse is discovered. This is part nine in a multi-part series examining the Boy Scouts of America’s (“BSA”) Oregon Perversion files.

We keep asking this guy to leave Order of the Arrow and other Scouting events. He seems to have nothing more to do than travel around attaching himself to Scouting. I learned that this month he took part in an Order of the Arrow Section Conclave at Salem as a cook.

Dempsey adds in his letter,

I understand [Drury] was convicted of some kind of child abuse or molestation in Klamath Falls, and there was some correspondence. I am not able to find out if he was ever placed on the confidential file. I believe he was or still is on probation from the court.

Of course, the BSA’s Perversion File system was never designed to allow anyone but the top brass to confirm that an individual was banned from Scouting. Secrecy has always been the system’s defining characteristic.

On October 8, 1986, Ernst replied to Dempsey, noting: “On the same day your letter was written we received a telephone call from [Oregon’s Crater Lake Council based in Bend, Oregon] indicating that they were concerned about Ken Drury since he had been arrested in November of 1982 for contributing to the delinquency of minors. Apparently, he was sentenced to a one-year probation at that time.”

Despite Dempsey’s reference to correspondence regarding the 1982 conviction, no one at BSA National followed through.  No one created a Perversion File.  No one banned Drury from Scouting.

This resulted in a four-year window — 1982-1986 — during which Drury was able to “travel around attaching himself to Scouting,” moving from Bend, to McKenzie River, to Eugene, to Klamath Falls, and point in between. Ernst stated in his letter to Dempsey:

At the present time, we do not have Mr. Drury on our Registration Confidential File. We, therefore, would not refuse registration should an application come to this office.

Drury was cited on September 9, 1982, and charged with 2nd degree Sexual Abuse. *** The crime occurred on July 31, 1982, at the J-J Youth Ranch near Bend, Oregon *** The crime involved a 16 year old male and consisted of Drury fondling the privates of the boy.  The investigation indicated there were other similar occurrences with other boys and included furnishing liquor to minors. Drury on November 10, 1982, pled guilty to the charge and was sentenced to one year formal probation and ten days in jail. . . . Drury was apparently then registered as an adult leader in that [Boy Scout] council area.

Jones went on in his letter to “request that you inform the National Boy Scout Office of this person so that they may be alert for his attempted registration in any Scout unit.” Jones was not aware that complying with his request would likely mark the second time that Drury had been reported to BSA National.

Finally, on November 26, 1986—more than four years after Drury’s criminal conviction on child sexual abuse charges—the BSA banned him from Scouting. On March 26, 1987, Ernst wrote back to Dempsey to say, “[w]e have reviewed this case with our Attorney and have now placed this man on the Confidential File.”

If you have any information about Kenneth James Drury, sexual abuse in Scouting or at the J-J Youth Ranch, or sexual abuse in any institution of trust, we would like to speak with you on a confidential basis. Please contact us toll-free at 1-888-407-0224 or use our confidential online form.