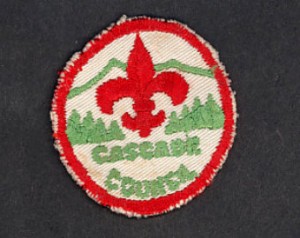 A minister who was acting as a Scout Master to boys in several troops in Portland was found to have a criminal conviction for rape a decade earlier.  This is a look inside the “perversion file” on Scout Leader Rev. Robert Monroe Grubbs.

For background, the “Perversion Files” are a subcategory of BSA’s Ineligible Volunteer Files — secret files kept at BSA’s national headquarters starting shortly after BSA’s founding in 1919. Each perversion file documents information about an individual scout leader, most of whom were suspected of sexually abusing boys. By 1935, over 1,000 men had been kicked out of Scouting for sexually abusing boys. BSA kept the problem of Scout Leaders sexually abusing boys as quiet as possible and, for decades, failed to implement reasonable child sexual abuse prevention policies.

On October 31, 1987, BSA opened a Perversion file on the Reverend Robert Monroe Grubbs. Grubbs had served as Scoutmaster of Portland Troop 2 and as Assistant Scoutmaster of Portland Troop 39. BSA had concluded an investigation into Grubbs one year earlier—October 31, 1986—that had uncovered a 1977 rape conviction. Although BSA headquarters acknowledged receiving the court records of Grubbs’ conviction in October and November of 1986, there is nothing in the file explaining the year-long delay in opening Grubbs’ file. It is unknown whether Grubbs was able to continue participating in Scouting outside of the Portland area.

If you have any information about Robert Monroe Grubbs, Portland Troop 2, Portland Troop 39, or sexual abuse in an institution of trust, we would like to speak with you on a confidential basis. Please contact us toll-free at 888-407-0224 or use our confidential online form.