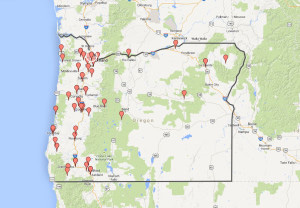 The chart below gives a list of known Scout volunteers who were accused of sexually abusing children in California and subsequently banned from Scouting between 1960 and 1991.

The Ineligible Volunteer files ( IV files) — also known as the Perversion files — are the Boy Scouts’ secret file system used to monitor pedophiles accused of sexually molesting and exploiting Boy Scouts.  Although the national office of the Boy Scouts of America (the BSA)  kept records on pedophiles from the organization’s inception in 1910, it was only in the 1990s that they stopped systematically destroying these records.  The earliest IV files in existence today date from 1940s and 1950s.

In June 2012, despite the Boy Scout’s repeated attempts to keep them secret, the Oregon Supreme Court ordered 1,247 IV files to be made public.  Each of these files represents one accused pedophile within the Boy Scouts, but most of these men had multiple victims.

The 135 California files available here were created by the BSA between 1960 and 1991 and involve allegations of sexual abuse by Scout leaders in 37 cities throughout the state. The existence of an IV file does not mean that the alleged perpetrator was reported to law enforcement authorities.

The Scouts did not have mandatory reporting procedures and often granted accused perpetrators “probation” status and allowed them to remain in Scouting.  The list is sortable by date, location, and name.

For more information on the IV file system, click here. To return to the home page, click here.

The Lawyers who worked to bring you these files:

If you need help or just want someone to listen who is on your side we can help.