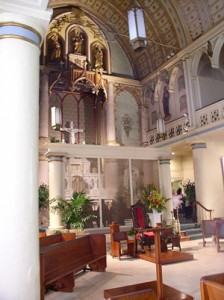 The good news is that Hawaii recently enacted legislation allowing victims of childhood sexual abuse to bring civil lawsuits against their perpetrators and the institutions that allowed the abuse to occur.  The bad news is that this law expires in April 2014, giving victims only a brief window in which to come forward.

With this new law in mind, it is worth considering Hawaii’s recent history of alleged abuse within the Hawaii Diocese of the Catholic Church.  The Catholic Church’s presence in the state of Hawaii began as a missionary effort in the mid-19th century.  In 1941, The Hawaii Diocese was established and Pope Pius XII named San Francisco priest Fr. James Sweeney as the first bishop of Honolulu.  Since then, Hawaii has had five bishops who’ve served a rather small Catholic population.  Presently, there are fewer than 100 parishes in the entire state of Hawaii.

In spite of the small Catholic presence in the state, the Catholic Church in Hawaii has faced a number of sexual abuse allegations made against priests.  Notably, one of its own bishops was accused of sexually molesting a teenaged boy in the 1980s.  That man filed a civil abuse lawsuit against the Diocese of Hawaii and Bishop Joseph Ferrario.

Fifteen other priests serving in Hawaii have been accused of sexually abusing children.  Of those 15, one Catholic deacon, Rev. Mr. Ronald Gonsalves, was accused and pleaded guilty on May 17, 2006, to several counts of sexual assault on a 12-year-old boy.  He was sentenced to one year in prison and 20 years of probation.  At the time, Gonsalves was serving as administrator of Saint Ann Roman Catholic Church in Waihee, Maui.

In 1992, Reverend Arthur O’Brien, a priest incardinated by Msgr. Ferrario into the diocesan presbyterium was convicted of sexual assault at a Maui parish.  Bishop DiLorenzo later permanently retired Ferrario.

One Hawaiian plaintiff won $3.5 million (reduced to $1.04 million on appeal) in a case involving Father Thomas Adamson.  Allegations against Adamson spanned 22 years, and included claims that the Catholic Church shuttled him into new assignments.

Some of those accused of sexually abusing children in Hawaii were members of religious orders.  For example, John Paul Medvit was named in a 2012 civil lawsuit against the Christian Brothers and the Diocese.  The now adult man alleged that Medvit abused him in 1986 when he was a freshman at Damien Memorial School on Oahu and Medvit was his teacher.  The lawsuit alleged that Medvit caressed, rubbed, groped, and hugged the student, which he reported to the school and Diocese at the time.  Medvit was temporarily removed and later returned to the school where he again physically attacked the student.  Medvit died in Aug. 2012.

A Capuchin priest, Andrew Manetta, was accused of sexually molesting a mentally challenged 19-year-old boy.  That lawsuit alleged that parents of two altar boys complained of Manetta’s behavior in 1994 but the Diocese of Honolulu denied that the priest’s actions were sexual.  Manetta was reassigned in 2002 to New York, prior to the civil lawsuit.  The civil case settled for $375,000 in January 2007, just before trial.

These are just a few of the sexual abuse cases that have been made public in the Catholic Diocese of Honolulu.  Fortunately, for those abuse survivors who have not come forward, the new law in Hawaii has allows a sexual abuse survivor to come forward and seek justice in court.  However, this new law in Hawaii expires in April 2014.  For more information on the new Hawaii law, please click here.