Man sentenced to 81 years in prison for child sex abuse in Washington Co. 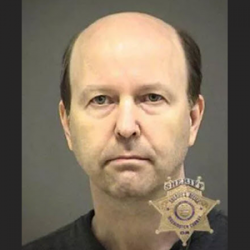 WASHINGTON COUNTY, OR – A man was sentenced to 81 years in prison for child sex abuse in Washington County.

Kevin Wayne Randolph, 49, was convicted on charges including first-degree sexual abuse and using a child in a display of sexually explicit conduct in November. He was sentenced Jan. 12.

The Washington County District Attorney’s Office reported evidence at trial proved Randolph sexually abused two children known to him. One of the victims was between the ages of 6 and 11 years old when the abuse occurred.

The second victim was 2 to 3 years old, according to investigators.

The abuse occurred more than five years ago.

The younger child had no memory of the abuse, so the state relied on the testimony of the older victim who had witnessed the abuse against the toddler, according to Deputy District Attorney Andy Pulver.

A victim impact statement was read during sentencing.

“The statement explained the effects of years of the defendant’s abuse and the fear he instilled in his victims. The statement also commended the courage of the first child to speak up and fight back against the defendant,” according to the Washington County District Attorney’s Office.

People are encouraged to contact any law enforcement agency to report child sex abuse, call 911 or use the Department of Human Services child abuse reporting hotline at 503-681-6917.