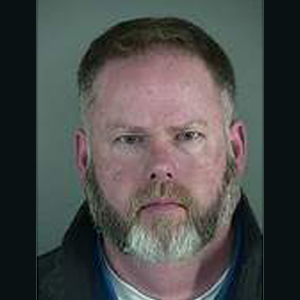 Article from The Register-Guard.

A Eugene man will serve 25 years in prison for sexually abusing a girl for about eight years.

Evans was arrested in January and placed on paid leave from his job as a Eugene parking enforcement officer.

He technically remains employed by the city but now is on unpaid leave, a city spokeswoman said Friday.

Evans has been held in the Lane County Jail since his arrest but will be transferred to state prison to serve his mandatory, 25-year sentence. Under state law, Evans must serve the entire term, with no chance of early release.

The victim is known to Evans. The girl reported last year that Evans began abusing her when she was 8, according to a search warrant affidavit filed in court in December.

The victim said she had been threatened and coerced by Evans to keep his crimes a secret. She disclosed the abuse after she became upset while experiencing a “flashback memory” of some of the incidents, the affidavit says.

Lane County Assistant District Attorney Chris Parosa prosecuted Evans’ case. He said Friday that “it is always difficult to prosecute cases that involve children who have been subjected to such disgraceful behavior.

“Such abuse robs them of their innocence and instills insecurities that no child should endure,” Parosa said. “I was, however, buoyed by the tremendous strength of this particular victim. She is smart, talented and courageous. I have no doubt that she will have the kind of success in life that will make everyone in society proud.”

Evans had no prior criminal record in Oregon. He has been employed by the city for about five years.