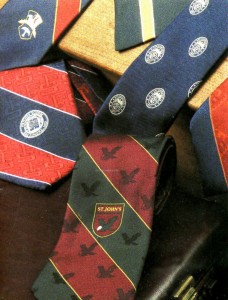 Over the last week or so, we have been sharing information about the recent report that revealed an unprecedented pattern of sexual abuse at the elite private school, Horace Mann, in the Bronx, New York. The “Making School Safe” report exposed the sexual abuse of more than 60 students by 22 school employees spanning more than three decades. First-hand accounts from survivors and other alumni revealed that the abusers included a headmaster, coaches, teachers, a school chaplain, a dean of guidance, and department heads.

In addition to documenting the extent of the abuse at Horace Mann, the report analyzed the rates and patterns of child sexual abuse at 21 different private schools. Horace Mann stood out from all the other schools in the report for two key reasons. First, the school had a far greater number of abusers and a greater number of victims when compared to the other schools. Second, the school systematically focused on values of secrecy instead of transparency. One of the Report’s authors, retired Judge Leslie Crock Snyder, emphasized the need for transparency in school sexual abuse policies to adequately protect students:

The school’s policies, procedures, guidelines and resources with regard to sexual abuse should be completely transparent to its prospective students, families, current students, alumni, teachers, staff, independent contractors and volunteers. The policies should also be incorporated into the school’s handbook and made available to all of these constituencies; they should also be online. Annual reports should be mandatory, and must include all information relating to any sexual abuse complaints and their resolution.

The Report’s analysis revealed that the 4 schools in New York State all had a vastly higher number of victims, between 10 and more than 30, with Horace Mann having the highest number. (The other private New York schools included Poly Prep Country Day School in Brooklyn, New York; Yeshiva University High School for Boys in Manhattan; and the Hackley School, a college preparatory school in Tarrytown, New York and member of the Ivy Preparatory School League.) In contrast, the remaining 17 schools each had less than 10 known victims.

Not surprisingly, only those four schools—again, all in New York State—failed to inform police about the suspected child sexual abuse. A school’s failure to report child abuse to the proper authorities allows sexual abuse to thrive in such institutions. According to the report, studies indicate that only 2 to 6% of school-related sexual abuse cases are ever reported to an official. Recent large-scale studies of sexual misconduct by educators found that abusers are disproportionately teachers who have been honored for teaching excellence, and this makes it even harder to identify potential abusers. Reporting suspected abuse is the single most important thing private schools can do to protect children—and the school. The Report agreed:

Above all other procedures, a healthy reporting system protects children and the school best. Early warning is by far the most valuable single element for safety. Timely reports compensate greatly where other components are weak and conversely, prevention will fail where reporting is subverted or flawed no matter how strongly all other practices are integrated.

In schools where employees reported sexual abuse to the authorities, the number of victims and abusers was lower, and the length of time that the abuse took place was far shorter. Strong reporting policies, then, will have a real impact on the ability of a school to protect its students from sexual abuse.

Beyond the policies, procedures, and cultures of individual private schools, it’s clear that the laws and regulations of the states also impact the extent of sexual abuse at private schools within those states. New York’s schools had a far greater number of victims than all of the other private schools analyzed by the report. The Report identified apparent gaps in New York’s mandatory reporting laws and that state’s weak statute-of-limitations for sex crimes as two key areas where regulatory reform was needed.

The Report concluded that while New York State’s Social Service Law requires school officials in public and private schools to report suspected child sexual abuse, it only explicitly refers to abuse by a parent, guardian or “other person legally responsible” for the child. The Report recommended closing any gaps in these laws to make all reporting of child sexual abuse by anyone in private or public schools mandatory.

In places like New York, laws that extend or eliminate statutes-of-limitation will serve to both support victim healing and bring more abusers to justice. At Horace Mann and all private schools, the employees and administration have a duty to protect their students. All private schools should strive to develop strong reporting policies and transparent cultures in the face of suspected sexual abuse. When schools support victims of child sexual abuse, healing can begin.

To read the complete report, click here or copy and paste the following: http://makingschoolsafe.com/wp-content/uploads/2015/05/MakingSchoolSafeReport.pdf

The attorneys at Crew Janci LLP have successfully represented many clients in bringing claims against both public and private schools.

If you or someone you know has been a victim of sexual abuse at a private school, please contact us today for a free private consultation.    Call us today at 1-888-407-0224 or use our confidential online form.