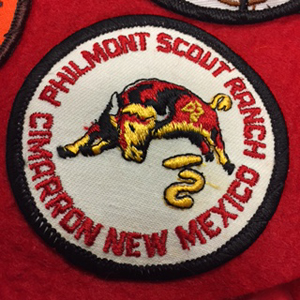 We are proud to represent the courageous survivor in this case – referred to as “K.A.” — who suffered sexual abuse by his Scout Leader Ralph “Randy” Shafer.

Our lawsuit alleges that Scout Leader Shafer used the Scouting program to gain the trust of K.A. and to gain the opportunities to supervise the boy alone. We allege that, thereafter, Shafer sexually abused K.A. on multiple occasions when K.A. was approximately 10 to 14 years old.

We intend to prove that the sexual abuse occurred during Scout-related meetings, events, and outings between approximately 1974 to 1977.  Much of the abuse took place during the summer of 1976, when K.A. was approximately 12 years old, and Scoutmaster Shafer took the Plaintiff’s Scout Troop (Troop 512) on a month-long camping trip to the Southwest.

In particular, K.A. spent approximately one week with Shafer and Troop 512 at the Philmont Scout Ranch in New Mexico. We intend to prove that during this week-long period in 1976, Shafer sexually abused K.A. on more than half a dozen occasions.  In addition to New Mexico, the lawsuit alleges that K.A.was sexually abused as a Boy Scout by his Scout Leader in: Arizona; Colorado; Indiana; Illinois; Michigan; Ohio; and Utah.

Randy Shafer was later caught and faced criminal prosecution for sexually abusing other Boy Scouts.  The Boy Scouts of America opened a secret internal “Ineligible Volunteer” file on Shafer in August of 1986.

A review of the Boy Scouts’ secret file shows that, in 1986, Ralph F. “Randy” Shafer was based out of Kokomo, Indiana, was 56 years old, single and without children.  Boy Scouts documentation noted that he was involved in what they called “Indian dance” and scout “leadership.”  Shafer was also the recipient of the “Master Scouter” award.

Shafer was arrested in Blaine County, Idaho in July of 1986 on two warrants for child sexual abuse.  According to media reports, at the time of his arrest, Shafer was “in the middle of a month-long trip West with four local Boy Scouts when he was arrested by Idaho State Police.”  The prosecutor at the time told media that there were “four known victims in the Kokomo [Indiana] area.”  At the time of his arrest, Shafer was the Scout Leader for the troop sponsored by the United Methodist Church and lived in a house owned by the church – which is also where the Scout troop met.

Shafer was charged and eventually pled guilty to criminal charges based on his sexual abuse of the 16 year old boy scout in the summer of 1986.  (As a part of the plea deal, media reported that law enforcement dropped charges related to Shafer’s abuse of a different young boy under the age of 12 during the summer of 1982.)  At his trial, Shafer testified that he had been associated with the Boy Scouts for more than 35 years, according to media reports.  Shafer was sentenced to five years in prison.  He was also “barred from frequenting places where ‘young boys’ congregate.”

Attorneys Stephen Crew, Peter Janci and their team at Crew Janci LLP represent survivors of child sexual abuse in Scouting, churches, schools and other organizations around the country.  Crew and Janci were part of the Plaintiff’s trial team in a 2010 civil case that won the first public disclosure of the Boy Scouts’ secret files (the Ineligible Volunteer files) from the years 1965 to 1985.  The secret files formed the foundation of a trial that resulted in a verdict against the Boy Scouts of nearly $20 million, including $18.5 million in punitive damages.  You can read more about the Boy Scouts Secret Files here.


If you have any information about this case or sexual abuse in the Boy Scouts of America, we would like to speak with you on a confidential basis. Please contact us toll-free at 888-407-0224 or email us using our confidential form.