Death of Johnstown man, 31, claims a voice for abuse survivors 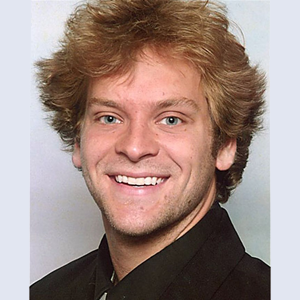 Just over a year ago in a Hollidaysburg courtroom, Corey Leech took the stand and, in a poised and confident voice, testified in excruciating detail how a Franciscan friar began sexually abusing him from his early teens.

Mr. Leech gave voice to scores of victims of the late Stephen Baker in his testimony, which took place in the pretrial hearing of three Franciscan supervisors who face criminal charges for allegedly failing to protect children from the abusive friar.

Mr. Leech told of Baker abusing him on the athletic training table at Bishop McCort Catholic High School in Johnstown. He spoke of the friar abusing him on car trips and at his monastery.

“He wanted to prevent other children from living his nightmare,” Mr. Leech’s family wrote in his obituary. “While he did more than his share to help others, it was too late for Corey. His nightmare was inescapable.”

Mr. Leech, 31, was found dead on Friday in his apartment in Richland Township of Cambria County, near Johnstown. He had struggled with substance abuse, according to his obituary.

Mr. Leech’s family and supporters recall him as someone long concerned for child welfare. He was a nurse in a neo-natal intensive care unit in Johnstown, recalled for his gentle manner both with at-risk infants and their families.

“He couldn’t exorcise the demons of his own life, but he did so much to help others,” said Robert Hoatson, president of Road to Recovery, a New Jersey-based national organization that provides support and advocacy for victims of clergy sexual abuse. Mr. Hoatson had spoken regularly with Mr. Leech to offer support, and he was in the Blair County District Court in April 2016 on the day of his testimony.

“His courage in testifying — we can imagine what courage that took because of his state of mind and his whole attempts to try and survive all of this.”

Cambria County Coroner Jeffrey Lees said the cause and manner of Mr. Leech’s death remains under investigation, pending toxicology studies, but he said his death was not considered suspicious.

It is the latest tragic turn in the wake of two grand jury reports released in March 2016 that recounted decades of sexual abuse by priests and others associated with the Catholic Church. One report focused on the Diocese of Altoona-Johnstown, the other on friars in the Hollidaysburg-based Franciscan Immaculate Conception Province of the Franciscan Friars, Third Order Regulars.

Last year, another survivor who had spoken publicly for years about his abuse by a diocesan priest took his own life.

And one of Baker’s victims at an Ohio high school took his life in 2003, his mother said while attending pretrial hearings for the Franciscans last year.

“It doesn’t end, does it?” said Mr. Hoatson. But he said survivors can and do thrive.

“There is hope for recovery, and the key is, to stay in therapy,” he said. “Psychotherapy is the key, and medicine is necessary. As I tell people, I’m in my 38th year of therapy as a result of child sexual abuse. That’s basically has kept me alive. And I think it keeps a lot of other people alive.”

A pretrial hearing is scheduled for June 14 for the three Franciscan priests, who each face charges of conspiracy and endangering the welfare of children. The three are the Very Revs. Giles Schinelli, Robert J. D’Aversa and Anthony Criscitelli. State prosecutors allege they knew Brother Baker posed a risk of abusing children but assigned him to schools and other settings where he could get access to minors. The three have pleaded innocent.

Baker himself committed suicide in January 2013 at the Hollidaysburg monastery when the enormity of his abuse was becoming publicly known. Scores of victims have reached financial settlements with the province and the dioceses where Baker worked. Baker did not face criminal charges.

Mr. Leech was born March 29, 1986, the third-oldest of 10 boys. He was an avid sports fan and athlete who played football, basketball and baseball at Bishop McCort.

Tragically, according to the grand jury report, this athleticism made him vulnerable to Brother Baker’s exploitation.

According to the grand jury report, Baker molested more than 100 youths, many at Bishop McCort, where between 1992 and 2000 he was a religion teacher and self-styled athletic trainer.

The friar groped the students’ genitals and digitally penetrated them anally, often under the guise of massaging or helping them stretch. Even after his Franciscan superiors transferred him out of Bishop McCort because of an abuse allegation, he continued to have access to youths there and in other settings, the grand jury said.

Mr. Leech testified he that Brother Baker exploited his role as a “friend of the family” who would take him out to eat and on other trips.

The inappropriate sexual contact began within a year of meeting him, he said.

Asked how many times Baker abused him, he testified: “Too many times.”

He worked in the intensive-care nursery of the Conemaugh Memorial Medical Center and also as a traveling nurse in San Diego, Calif. He told family he was thrilled to care for prematurely born babies who were “smaller than his hand.”

But the years of abuse “destroyed Corey’s faith,” his obituary said. “The house of God no longer provided any solace for Corey, so he sought peace the only way he could, through substance abuse. Corey will be remembered by his family and friends as the caring, bright and fun-loving young man whose future was stolen from him by those he trusted the most.”

He is survived by his parents, Bernard and Cynthia Leech; nine brothers and numerous other relatives.

The funeral will be private.