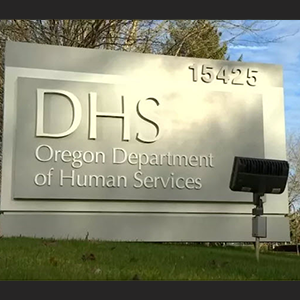 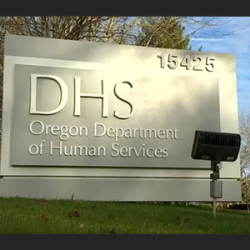 PORTLAND, OR – The Oregon Department of Human Services is ramping up efforts to help foster kids who are victims of sex trafficking.

Caseworkers say it’s a problem they can’t ignore and are partnering with law enforcement to identify victims across the state.

The state agency says it recently trained 2,000 child welfare workers to specifically look for indications a child is involved in sex trafficking.

Brand new training, that’s being credited for helping more than two dozen youth in a matter of months.

“I would say anecdotally I’m having workers approach me with cases at minimum once a week, sometimes more,” Washington County Child Safety Consultant Aimee Dickson said.

Cases that are piling up not just in Oregon, but across the nation.

Those types of concerns ultimately led congress to pass Public Law 113-183. A federal act to address the trafficking of children in foster care.

“When the law was passed, the state of Oregon realized that there was a need to address this issue specifically here, because of the 1-5 corridor, because we have different laws around free speech in Portland and because there are more venues for kids to be exploited,” CSEC Coordinator Elizabeth Alston said.

Alston was hired by the state after that law passed to be part of the solution. She’s the CSEC Coordinator for Oregon.

CSEC stands for the Commercial Sexual Exploitation of Children.

“I see a case a day coming through right now,” Alston said.

Alston believes child welfare is in a unique position to identify and respond to CSEC cases, but in order to do so, employees needed better training.

“We have kids who go off the radar, they go missing, or runaway,” Alston said. “Because this issue is so mobile, we really want to talk about where kids are, who they are with and what they are doing. It’s incredibly important to have good procedure in place.”

Last year, Alston and others at the Washington County Office developed a new screening tool embedded within the state’s data system that structures how case workers question a child during routine visits. It’s essentially a checklist of indicators a youth may be trafficked.

All teens identified as a runaway are now also screened for possible victimization upon their return home.

Natasha Halstvevt is one of thousands of caseworkers trained on this new protocol.

“Things like multiple cell phones, children having a lot of money a lot of times that’s the typical behavior for a teen that is stealing,” Halstvevt said. “I as a caseworker didn’t think it was connected to trafficking.  So, when we had that training it opened my eyes and it really gave me an understanding.”

Caseworkers mark a box in that screening tool to identify a potential trafficking case. In doing so, it gets cross reported to law enforcement.

“I think it’s a giant step toward what has been needing to happen for quite a while,” Detective Chad Opitz with the Beaverton Police Department said.

Opitz is often the one to get that report from DHS. He also sits on the FBI’s Child Exploitation Task Force based in Portland.

“I think building that bridge with DHS is crucial for these types of cases,” Optiz added.  “We can’t do it on our own.”

Working together enhances his ability to rescue more kids and go after their traffickers.

“Already, I’ve seen a greater number of tips than what I’ve ever received on the DHS side,” Opitz said. “Before, a lot of times you didn’t find out unless there was already a case of abuse, or neglect. Now, they’re looking for trafficking specifically.”

The Washington County DHS Office told FOX 12 they are seeing more CSEC cases than ever. Some, before a child is officially even in state custody.

This could be due to traffickers moving around, or because of an increased awareness. Dickson believes it’s likely a combination of both.

“I think about all of the kids I’ve encountered in my career and how many we didn’t have this ability with and their case moved along and maybe they were further exploited, “Dickson said. “Now we have this unique opportunity to intervene.”

Awareness and training that sets Oregon apart from other states across the country, according to Alston.

She credits child welfare for recognizing the need and stepping up.

“I think it’s a pretty powerful stance for DHS to take, with all of the time and money and effort behind taking care of kids who might have been missed in the past, or treated differently.”

“When we can coordinate support efforts, we have better outcomes for kids,” Dickson said.

Youth are often referred to Door to Grace in Northeast Portland. The nonprofit exists to provide a safe and loving family to sexually exploited children.

The work at Door to Grace is focused on a community-based and trauma-informed approach. Each survivor is paired up with an adult female mentor volunteer.

“Mentors help guide these teens and young women to slowly re-build their self-esteem and resiliency. They work to help them stay in school, find and keep jobs, and rebuild their lives,” Executive Director Jordan Turel said.

“The mentor volunteers are there in so many ways, whether to accompany them to doctor’s appointments, court appearances, or to simply be a guide and trusted friend,” he added.

Door to Grace told FOX 12 it supports 28 girls annually and is funded largely through donations.

For more information on Door to Grace visit: http://www.doortograce.org/