By Peter JanciNovember 29, 2021No Comments 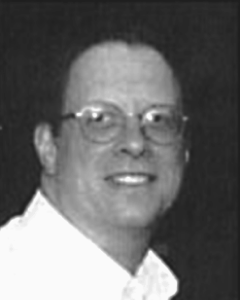 From 1970 to 1999, Rabbi Baruch Lanner was one of the country’s most highly regarded Jewish educators. He was an ordained rabbi who served as director of regions of the National Conference of Synagogue Youth (NCSY), an arm of the Orthodox Union (OU). He was also a principal at Hillel Yeshiva High School and a teacher at the Frisch School in Paramus, New Jersey, and other schools.

In 2000, The Jewish Week published an article titled Stolen Innocence, which detailed male and female survivors’ accounts of the emotional, physical, and sexual abuse and harassment they suffered from Rabbi Lanner. The abuse survivors described firsthand experiences, including Rabbi Lanner kissing and fondling teenage girls, repeatedly touching boys in the groin, propositioning young girls at the high school where he was principal, and sexually and physically abusing young girls during trips to Israel.

The article also reported that Rabbi Lanner’s predatory behavior was well known within Orthodox circles. Yet, nothing was done to protect children from Lanner’s known danger. Instead, OU and NCSY officials insisted that the survivors not go public with their stories.

In 2002, Rabbi Baruch Lanner was convicted of sexually abusing two teenage girls while his students between 1992 and 1996. It was the voices of survivors that ultimately brought Lanner’s conviction.

If you have information about sexual abuse by Rabbi Baruch Lanner or another trusted Rabbi, the attorneys at Crew Janci may be able to help. Our team has successfully represented victims of sexual abuse in churches, religious organizations, and schools across the United States. Need help? Call 1-888-807-0224 or use our confidential online form. You are not alone; we are here to help.