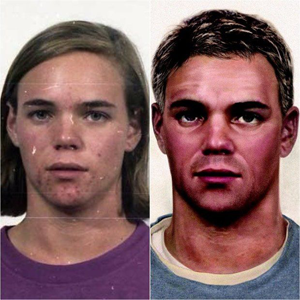 The FBI is asking for help finding a sexual assault suspect who’s been on the lam for almost 24 years.

A Clackamas County grand jury indicted Barrett Busschau in July 1993 on charges including first-degree sex abuse, third-degree rape and sodomy, and first-degree sexual penetration with a foreign object, according to the FBI. That same year, the FBI obtained a federal fugitive warrant charging him with unlawful flight to avoid prosecution.

Busschau is also wanted on similar charges in Washington county. He’s charged with three counts each of rape and sodomy in the third degree, sexual abuse in the first degree and sexual penetration with a foreign object in the first degree.

The alleged victims were five 10- to 15-year-old girls, the agency said. Busschau was 18 at the time.

Busschau fled after being released from jail pending his trial, the federal agency said. The FBI said he might have gone to California or Panama, but the agency thinks he lives in his native South Africa. He came to the U.S. in 1984 and got “legal permanent residence status” in 1989, according to the agency.

The FBI has made an age-progressed image of what he may look like today at 42 years old. Investigators think there may be Portland-area residents who have information about Busschau. The FBI asks anyone who has information to call the agency at 503-224-4181 or leave a tip online.