Florence couple gets 40-plus years in prison for sexual abuse 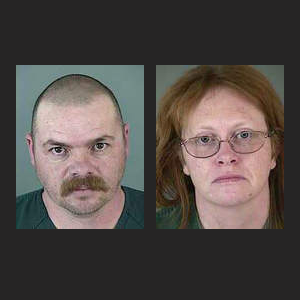 A Florence woman and her husband have each been sentenced to more than 40 years in prison for sexual abuse charges.

The Register-Guard reports 45-year-old Doreen Cater and 44-year-old Greg Cater pleaded guilty as charged Tuesday. They were then sentenced.

Doreen Cater was sentenced to 41 years and eight months in prison for a total of 112 charges relating to the repeated abuse of two children between 2011 and 2015.

Greg Cater was sentenced to 45 years and 10 months in prison for a total of 96 charges.

Charges against the couple originally were filed in Lane County in December 2015, after a woman reported to police that she had found photographs that Greg Cater had taken of two children wearing lingerie and “minimal underwear.”

The couple later confessed to crimes during the investigation, according to the Register-Guard. Police found a cell phone with evidence and later seized an apology letter written by Greg Cater two days after his arrest to one of the victims.

Greg and Doreen Cater did not say anything at the time of their sentencing.

Read more about the Greg and Doreen Cater case here: Florence couple get more than 40 years in prison for repeated sexual abuse of children