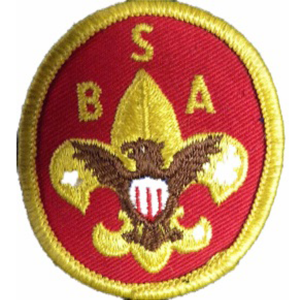 (NEW YORK) — Chris was an 11-year-old Boy Scout in New Jersey when he says his life became consumed with a dark secret.

“You do everything you can to block it out of your mind,” he said.

Chris, whose last name “Nightline” is withholding at his request, says his Boy Scout troop leader, Stephen Corcoran, sexually abused him hundreds of times over five years, from the time he was 11 until he was 16.

“I couldn’t even tell you every location it happened in,” Chris said. “It became it became that normal.”

Chris claims Corcoran began paying special attention to him as soon as he joined the troop and eventually became a trusted family friend. But along the way, according to Chris, things took a sickening turn.

Weeks after he hit puberty, Chris said Corcoran took him over to his apartment before one of their troop meetings and said, “Hey, I got some beer in the fridge for you. Help yourself.”

“I was literally frozen,” he continued. “I just couldn’t move.”

Chris, now an adult, said he is finally sharing his story publically, two decades later. His adulthood, he said, is plagued by depression, anxiety and anger.

“I’ve had this kind of whirlwind of mess throughout my adult life,” he said. “I’m still dealing with this, like it happened yesterday.”

Chris, along with two other former Boy Scouts who also allege Corcoran abused them, have filed a lawsuit against the Boy Scouts of America, saying the organization did not do enough to prevent the sexual abuse.

“Who’s the only guy in the troop without a kid there … and then look at his interaction with the kids,” Chris said. “If you knew there was a problem like this and someone was down there with knowledge of what ‘grooming’ looks like you’re going to spot it in five minutes. They chose not to do this.”

Chris said there was no escaping the abuse and eventually, he said, he was spending hours at a time with Corcoran.

The abuse, he said, even continued on troop outings, including a group ski trip. Chris has a photo from that trip that shows an unidentified adult man in his underwater sitting next to him.

“Those are his boxers,” Chris said, pointing to the man in the photo. “So at what point does someone say, ‘Hey there’s a problem here.’ How does someone not realize that there’s an issue?”

He said Corcoran openly provided young scouts with alcohol, adding that on some of their away trips, “he literally turned it into a booze fest.”

In one instance, Chris said an adult friend of Corcoran’s allegedly witnessed the sexual abuse, catching him and Corcoran together, and confronted Corcoran about it.

“Steve told me he played it off,” Chris said. “He said, ‘You need to be more careful in the future,’ and that friend just disappeared out of the troop … He didn’t like to do what normal people would do and call the police.”

Chris said the abuse finally ended when he was 16 years old, but by then, his former Scout leader had become a family friend and was even a guest at his wedding.

“I can’t believe the guy made it at my wedding,” Chris said. “Unfortunately, I originally left them off the list for the wedding, and my wife asked me, ‘What about him?’ And I remember I didn’t have an answer to say no. Like how could I? At the time I couldn’t justify saying no without telling the truth.”

Chris’s wife Tina said she had no idea the pain Chris said he suffered as a child and that Chris opened up to her about it when they were almost six years into their marriage.

After he told her, Tina said she then started to notice the pain on Chris’s face in their wedding photos taken with Corcoran.

Chris said he also finally confided in his attorney at the time.

“I broke down in absolute tears and I just told him,” he said. “I told him exactly what happened.”

In a statement to ABC News, The Boy Scouts of America said the organization is “outraged there have been times when Scouts were abused and we sincerely apologize to victims and their families… in the many years since these alleged actions occurred, we have continued to evaluate and strengthen our efforts to protect youth.”

Attorney Bruce Nagel, who represents Chris in his civil suit against the organization, said they hope their lawsuit will “bring to light that this is an epidemic throughout the United States.”

“People need to be educated, that there is sexual abuse going on through the United States in the Boy Scouts,” Nagel added.

Corcoran’s attorney maintains that his client is innocent of the abuse allegations. But in a separate case, Corcoran, now 49, was found guilty of possession of child pornography. In June, he was sentenced to seven years in prison.

If he could say anything to Corcoran now, Chris said he would ask him “why me?”

“For some reason he chose me,” Chris continued. “I don’t know.”

This is not the first time The Boy Scouts of America have been accused of harboring abusers in its ranks of scout leaders.

In 2010, a Portland, Oregon, jury awarded former scout Kerry Lewis almost $20 million in damages for the sexual abuse he said he suffered in the ‘80s by former assistant Scoutmaster Timur Dykes.

Lewis’ attorneys successfully argued that at the time the Boy Scouts of America knew Dykes had a history of child molestation. Dykes, who eventually served prison time for charges related to sex with minors, admitted as early as 1983 that he had molested 17 boys.

“If you put the interests of your organization ahead of the safety of children, the guardians of our community’s safety, which we call juries, will hold you accountable,” said Kelly Clark, one of Lewis’ attorneys.

According to the L.A. Times analysis, the alleged abuse occurred throughout the country and followed a similar pattern.

The newspaper said that in many cases, the Boy Scouts did not report the alleged abuser to authorities, leaving the alleged victims to suffer in secret.

“It’s a lifelong scarring thing for a lot of these kids,” Christensen said. “Some of these guys say, ‘It’s something I’ve been dealing with by myself for 40 years.’”

The Boy Scouts of America says it has since implemented new policies including criminal background checks for adult leaders, requiring two or more adults to be present at all times during scouting activities, prompt mandatory reporting of any allegation or suspicion of abuse, and a help line to report suspected abuse.

As for Chris, he is trying to move forward. He and Tina are expecting their second child in November – a boy. Both said they would never allow their son to enter Boy Scouts. Chris said intense therapy and the support of his wife is helping him heal.

“If and when he wants to tell me more than he already has, he will,” Tina said. “But he just needs someone to take care of him.”