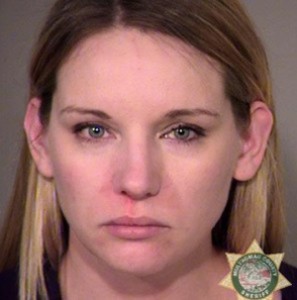 Elizabeth Monda-Guthrie, a 28 year-old woman who worked for the Boy Scouts in Marion County, was sentenced on Monday to serve 20 days in jail after pleading guilty to sexually abusing a Boy Scout.

According to a KOIN 6 News report,  Monda- Guthrie reportedly met the boy while at the Butte Creek Scout Ranch, a camp within the Cascade Pacific Council of the Boy Scouts of America, stating “the boy said that he and Monda-Guthrie “agreed mutually to keep things a secret” and that they had sex every couple of days starting August 14, and had sex four times at the camp and one time on the boy’s parent’s property.”

As part of her sentence, Monda-Guthrie will be required to register as a sex-offender in Oregon.  This is prohibit her from being able to work with or be in the vicinity of youth like the boy she abused.

According to an article titled “Cases of Sexual Abuse of Boys by Women Raise Awareness of an Uncommon Crime,” Washington Post reporter Keith Alexander noted that there has traditionally been a stigma against boys reporting sexual abuse by women, mentioning that sex-crime victims’ advocate Chris Mallio related to Alexander that “as a Philadelphia prosecutor [Mallio] had seen police and prosecutors “high-five” teenage boys who had been sexually assaulted by women, saying that the boys were “lucky.”

But abuse is abuse, whether the abuser is a man or a woman.  And rape is rape, under the law.  Even in previous news reports, they referred to Monda-Guthrie’s sexual abuse of the boy as a “sexual relationship.”  This terminology gives the impression that the boy was of a consenting age, which he was not.  Monda-Guthrie was in a position of authority as a staff member for the Boy Scouts, and she used that trust and authority to exploit a boy who was entrusted to the Boy Scouts by his parents.

RELATED: If you would like to talk with other males who have been sexually abused by women, visit the forums at MaleSurvivor.org. (Please note: Participants on this forum are restricted to males only.)

Female sexual offenders also often get much lighter sentences than their male counterparts — despite that their actions can have lasting effects on the children they have abused.  Simply put: a boy who has been subjected to sexual contact by an adult woman is a victim of child sexual abuse and will almost certainly experience some of the attendant effects of childhood sexual abuse.

If you or someone you know has been abused in Scouting or by a trusted adult and want to speak with someone confidentially, please call us toll-free at 1-888-407-0224 or email us at [email protected].