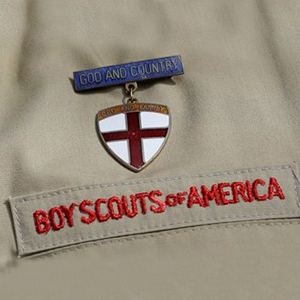 Over the past several years, another law firm here in Portland has filed suits on behalf of several former Oregon City Boy Scouts alleging sexual abuse in Scouting by Scout Leader Clyde Brock.  According to media reports, that firm filed two new lawsuits this past week:

These lawsuits fault the Texas-based Boy Scouts of America and its local branch, the Cascade Pacific Council, for failing to protect the former Scouts from Assistant Scoutmaster Clyde Brock.

The Boy Scouts created a secret file on Clyde Brock.  That file was included in 14,500 pages of confidential Boy Scout”perversion files”.  Those files came to light in the case of Kerry Lewis, a Portland Scout who sued the Boy Scouts in 2010 and won a $19.9 million jury verdict.  Crew Janci LLP attorneys were part of the Plaintiff’s trial team in that case.  The secret files were made public in 2012 in a historic release ordered by a Portland judge and the Oregon Supreme Court.  The Oregonian highlighted Brock’s case in a 2012 story.

According to the secret file and media reports, Brock is alleged to have encouraged boys to swim nude and took nude photos of them on trips in the outdoors — and invited them to weekly sleepovers at his Oregon City home — where he slept with them nude and showed them nude photographs of children. The abuse is alleged to have occurred during the mid- to late-1960s.

According to the secret file and media reports, Scouting executives knew Brock was a pedophile, having twice called Brock to task for taking the naked photos and showing them off to kids.

According to the secret file and media reports, showing of the naked photos was not enough to lead the Scout organizations to kick Brock out. Only after two Scouts came forward in 1968 to say Brock had molested them — and telling Scouts that 10 other boys were involved as well — was Brock expelled from Scouting.

Even then, the secret files shows that  Scout executives quietly blacklisted Brock from ever volunteering again, but let him save face by resigning quietly.  They didn’t tell the boys’ parents or call the police — and that allowed Brock to molest more boys, and he was ultimately convicted for some of those acts.  Instead, the file shows that, even after Brock was quietly ousted in 1968, he was still honored at a 50th anniversary dinner for the Cascade Pacific Council. Brock died in 2001 at age 86.

More information about Clyde Brock can be found here:

The Clyde Brock situation is similar to a number of Boy Scout cases that Crew Janci LLP has worked on.  Oregon law allows victims of childhood sexual abuse to bring claims as adults – sometimes decades after the abuse.

If you or someone you care about was abused in Scouting, and you would like advice from an attorney about the rights and options for victims of child sexual abuse, please contact Crew Janci LLP today for a free, confidential consultation at 1-888-407-0224 or by using our private online form.  We will treat you with discretion and respect.