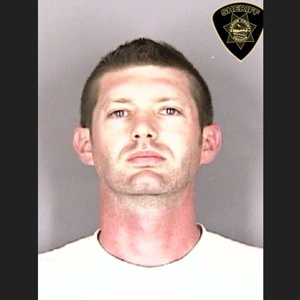 Article from The Statesman Journal.

For the second time in less than 18 months, Christopher Gerig appeared in Marion County court accused of rape and sexual abuse.

He was acquitted of the first charges in early 2017. A few months later, he was arrested on new charges involving a different victim.

This time, the charges stood, and a jury convicted Gerig, 34, of first-degree rape and first-degree sexual abuse. He was sentenced to eight years and four months in prison Monday.

Gerig, a Silverton resident and former registered nurse, was accused of raping and assaulting a woman following a house party in May.

Gerig previously faced criminal charges and the possible revocation of his nursing license after the first set of sexual assault charges against him surfaced in 2016.

The Oregon State Board of Nursing served Gerig with a notice of proposed revocation in July 2016 after they were notified of allegations that he sexually abused a woman.

According to the complaint, Gerig allegedly used his nursing education and knowledge to establish trust with a woman then planned a rape-like sexual encounter between himself and her, claiming it was a therapeutic exercise to help her recover from past trauma.

Gerig told the woman they would need to re-enact a sexual assault as a form of therapy, according to court records. Trusting Gerig’s nursing education and training, the woman agreed to the encounter.

One week later, she told a friend she felt even more traumatized. The friend encouraged her to report the incident to police and the nursing board, which she did.

Gerig was arrested and charged with first-degree rape, second-degree sexual abuse and strangulation.

Finding that the prosecutors failed to meet the required burden of proof, Marion County Judge David Leith acquitted Gerig of the three charges.

Board members said Gerig’s conduct was derogatory to the standards of nursing. They also alleged he failed to maintain professional boundaries and acted outside his scope as a registered nurse.

His nursing license is now expired, according to the board’s database.

Four months after he was acquitted, Gerig was arrested again on rape charges involving a different woman.

A probable cause statement filed in Marion County stated the following:

The victim was attending the same birthday party as Gerig. She told police she did not know Gerig, but he kept making advances toward her.

She told him she wasn’t interested, had a boyfriend and wanted him to leave her alone.

She fell asleep on the couch and awoke to Gerig touching her. She pushed him away, and her friend told him to get off the couch.

She awoke later in the morning to Gerig pulling down her pants and having sex with her. She pushed Gerig away, scrambled off the couch, went outside and later contacted police.

Silverton investigators called a witness who gave Gerig a ride home after the incident. The witness had asked Gerig if the victim had wanted to have sex.

Gerig said “not exactly,” but said he knew she wanted it.

The victim told police she never gave Gerig permission to touch her.

He was taken to Marion County jail and held without bail.

Gerig’s defense attorney requested that bail security be set. Prosecutor Katie Suver argued that Gerig was a danger to his victim and to the community.

In an opinion letter, Marion County Judge Lindsay Partridge wrote that the court believed Gerig posed a threat to the community if released.

“Certainly, Judge Leith’s observations on the record in announcing defendant’s acquittal referenced (Gerig’s) willingness to prey upon a vulnerable woman and misrepresent his training and experience to satisfy his own desires,” Partridge said.

Gerig’s acquittal did not negate the manipulative way he obtained consent.

“Further troubling to this court, is that less than five months later (Gerig) put himself in a similar situation of taking advantage of another vulnerable woman to satify his sexual desires,” Partridge said.

He denied the defense’s motion to set bail security.

Following a two-day trial, Gerig was convicted of rape and sexual abuse. As part of his sentence, he will be required to register as a sex offender.