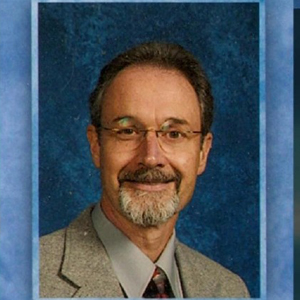 The lawsuit, filed Monday in Multnomah County Circuit Court, accuses Jeff Hays of child sexual battery between 2005 and 2009, while he was principal of Deep Creek Elementary School. He left the school in June 2009. He is now principal of City View Charter School in Hillsboro.

According to the complaint, Hays began abusing the students when they were 7, the lawsuit said. He routinely spent time alone with them in his office with the door closed and window blinds drawn.

The school’s booster club president once warned Hays against having children holed up in his office and “specifically forbade” Hays from having her child alone with him, according to the suit.

Hays is currently under criminal investigation by the Clackamas County Sheriff’s Office for child sex abuse related to his time at the school, said Jason Kafoury, one of the alleged victims’ attorney. The investigation is also mentioned in the lawsuit.

The sheriff’s office has not immediately responded to requests for comment Monday. The Gresham-Barlow School District has declined comment citing the pending litigation. Todd Sanna, the charter school’s board president, also declined comment.

“There is no greater betrayal of trust than the sexual abuse of an innocent child,” said Greg Kafoury, who also represents the alleged victims. “The experience of many children needs to be reconsidered in light of these young women’s revelations.”

Hays declined comment on the investigation when reached at City View Charter School on Monday, saying he wanted to consult with his attorney.

“The allegations are false,” he said.

According to the lawsuit, a now 19-year-old woman alleges Hays abused and manipulated her from 2005 to 2008. He regularly held her hand and praised her when she wore pants he liked. He would put his hand on her leg when he questioned her about and inch it up when she responded incorrectly, the lawsuit said.

“Are you sure about that answer?” Hays would ask the student when quizzing her according to the lawsuit.

Hays touched the student’s genitals 20 to 25 times over the three years, the lawsuit said.

The second student, now 16, alleges Hays also sexually abused her in his office between 2007 and 2009.

Both of the students continue to struggle with depression, lack of male trust and other emotional trauma since the alleged abuse, the lawsuit said. They both also feel a sense of guilt and anxiety, because Hays remains a principal.

Did you know Art Leo, teacher at Catlin Gabel, Portland, OR?