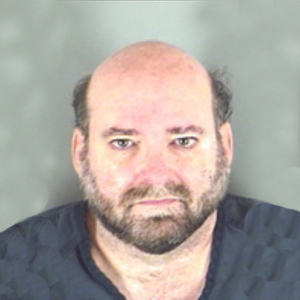 Article from The Columbian

A former substitute teacher and Boy Scout leader charged in federal court with possessing child pornography was sentenced Monday to 15 months in prison.

Dwight was arrested in December 2014 and initially appeared in Clark County Superior Court on child pornography allegations. However, the Clark County Prosecuting Attorney’s Office declined to pursue charges after learning the case was likely going to be filed in federal court.

The U.S. Attorney’s Office filed the complaint in January 2015 accusing Dwight of possessing images of minor boys engaged in sexually explicit conduct and buying such images from a Canadian company Azov Films.

The company is the “subject of more than 20 complaints to the National Center for Missing and Exploited Children’s Cyber Tip Line regarding the sale of child pornography,” according to the federal complaint.

Dwight, at the time of his arrest, had recently worked as a substitute teacher for Evergreen Public Schools. He substituted at several school systems in the Vancouver area and had substituted in the Evergreen district since 2009, only in elementary classrooms. Dwight also served as a director for Stephenson Children Care Association Inc. and treasurer for Boy Scout Troop 316, which meets in Hazel Dell, according to Columbian archives.

Authorities recovered 1,349 digital images and 46 video files of child pornography from two thumb drives found on Dwight during a search of his pockets. They discovered an additional 743 image files and one video file of child pornography on his laptop seized from his residence, according to the plea agreement. Much of that content depicted children younger than 12 engaged in masochistic conduct or other acts of violence, the plea agreement stated.

Toronto Police Service had served a search warrant on Azov Films’ premises in May 2011 and seized hundreds of movie and photo DVDs, computers and business records, including customer shipping labels and customer order histories. The child pornography was being shipped to customers worldwide, including hundreds of people living in the United States, according to the complaint.

He will additionally serve 15 years of supervised release and must register as a sex offender, court records show.