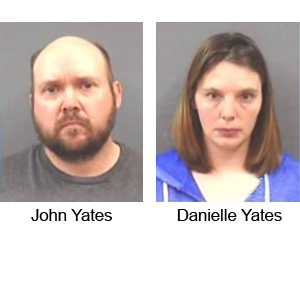 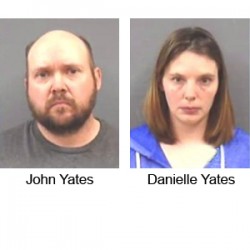 A $20 million dollar lawsuit has been filed against the State of Oregon and two foster parents who are accused of starving and physically and mentally abusing their foster children.

The lawsuit also asks for triple damages related to the abuse and negligence, bringing the total amount of the lawsuit to $67,200,000.

Under the watch of the Oregon Department of Human Services, the lawsuit alleges, a young sister and brother were starved so severely by their foster parents and guardians that they weighed the same at ages 4 and 5 as they did at ages 1 and 2.

Those facts, largely supported by the state’s own examination of the case, are laid out in a complaint filed against the state Thursday. It says the children ended up resembling victims of a famine: their ribs visible, their bellies protruding and their brain development severely affected.

According to the lawsuit:

The lawsuit names nine DHS employees, including the agency’s director, Clyde Saiki. Some of the employees named were reportedly assigned as caseworkers throughout the years while the children were in the state’s custody.

The criminal cases against the Yates are still pending. Court records show there will be a settlement hearing in April. A trial date has not been set.

In a statement at the time of the Yates’ arrest, Yamhill County Sheriff Tim Svenson said: “The effects of child abuse are one of the most difficult things to see.”

As of 10 a.m. on Friday, DHS has not commented on the pending civil lawsuit. On March 12, 2015, then DHS Child Welfare Director Lois Ann Day released the following statement: “Nothing we do is more important than protecting children. When we see reports of injuries to children known to the agency, and when those injuries have been caused by abuse or neglect, we must respond quickly. Therefore, I am announcing an immediate review of this case, which will be conducted in the next 24 hours, to look into the decisions and actions taken by DHS staff in Salem and in county offices. Individuals in Salem and in local offices will be placed on administrative leave while we conduct the investigation into this serious incident.”

The current status of those employees who were placed on administrative leave has not been confirmed.

The $60 million would be split between the siblings. Their court-appointed conservators say the children need extensive treatment.

More information about the DHS lawsuit regarding two children in the custody of John and Danielle Yates can be found here:

If you or someone you care about was sexually abused while in foster care, and you would like advice from an attorney about the rights and options for victims of child sexual abuse, please contact Crew Janci LLP today for a free, confidential consultation at 1-888-407-0224 or by using our private online form.  We will treat you with discretion and respect.