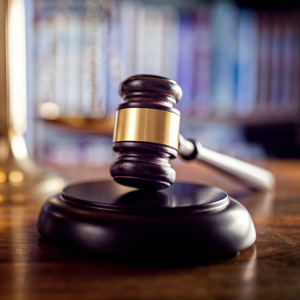 Article from The Guardian.

Sexually abused children as young as 12 are being denied compensation by a government agency on the grounds that they gave consent, according to a coalition of charities.

The Criminal Injuries Compensation Authority (CICA) has refused payments to almost 700 child victims even if their attackers have been jailed, freedom of information requests have revealed.

It is illegal to have sexual activity with anyone under 16 but CICA does not automatically make payments to all victims. In some cases, the charities allege, individuals have been told they consented to the abuse.

The coalition is calling for the rules to be changed so that “no child groomed and manipulated into sexual abuse is denied compensation because they complied with their abuse through fear, lack of understanding, or being brainwashed into believing their abuser loved them and developing feelings for them”.

In one example, a gang of older men were jailed for 30 years after being convicted of raping and sexually assaulting a 14-year-old girl. Her case was taken up by Victim Support; she was denied compensation by CICA on the grounds that “she had not been the victim of non-consensual sexual acts”.

She was devastated and left with the feeling that she was somehow responsible for the abuse she had suffered, the charity said. The coalition also commissioned a YouGov poll that showed two-thirds of people believe the rules should be amended so that a child cannot be found to have “consented” to activities involved in their sexual exploitation.

A CICA spokesperson said: “Child sexual abuse is abhorrent, and victims can apply for taxpayer-funded compensation awards through the Criminal Injuries Compensation Scheme.

“Our guidelines are intended to make sure that controlling and abusive behaviour is taken into account when handling compensation applications.

“We are urgently reviewing our guidelines to ensure they are robust enough to deal with cases where grooming may be a factor.”

Javed Khan, the chief executive of Barnardo’s, said: “For children to be denied compensation on the grounds that they ‘consented’ to the abuse they have suffered is nothing short of scandalous. The very rules that are supposed to protect children are actually harming them.”

Dawn Thomas, co-chair of Rape Crisis England & Wales, said: “It’s not only bizarre but also inappropriate and harmful that [CICA] applies a different definition of consent from the law and, as a result, routinely tell victims and survivors of child sexual abuse and exploitation that they consented to the sexual violence perpetrated against them.”

Mark Castle, Victim Support’s chief executive, said: “It is ridiculous, nonsensical and morally wrong to pretend that a child has consented to sexual abuse and to then use this as an excuse not to pay compensation. Any child that suffers sexual abuse is a victim – full stop.”

Martha Spurrier, director of Liberty, added: “Grooming is brainwashing – perpetrators manipulate children into situations that look like consent. No child can consent to abuse, which is why the criminal law rightly says they are simply unable to do so.”

Richard Burgon MP, Labour’s shadow justice secretary, said: “This is deeply disturbing. Children can never consent to be abused and should never be made to feel like they are to blame for any abuse they’ve suffered. The Government needs to urgently review the Criminal Injuries Compensation Authority guidelines to ensure that compensation reflects the law around child sexual abuse.”

CICA is an executive agency of the Ministry of Justice. Compensation payouts for sexual assault cases range from £1,000 to £44,000.