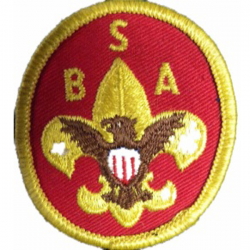 A local scout leader who served for decades and earned many of Boy Scouts of America’s top accolades was identified as the perpetrator in a child sexual abuse lawsuit filed in today.

The victim in today’s lawsuit filed in Ramsay County is proceeding under the pseudonym John Doe 156.  The lawsuit alleges the Richard “Dick” Carroll was a Scout Leader for a boy scout troop that met at the Good Shepherd United Methodist Church located on the corner of Dewey and Marshall in the Merriam Park neighborhood of St. Paul.   According to the lawsuit, Richard Carroll used his position of trust as a Scout Leader to sexually abuse one of the young scouts in his troop on multiple occasions when the boy was between 11 to 13 years old.  The abuse occurred during Scout camping trips to Webster, Minnesota and Cannon Falls, Minnesota in approximately 1972 and 1973.

Richard E. Carroll “was extremely active in the Boy Scouts of America . . . for 52 years, serving in many troop, district and council positions,” according to his 2004 obituary.  Carroll was also a member of the Order of the Arrow, the national honor society of the Boy Scouts of America, where he received the National Order of the Arrow Distinguished Service Award in 1988. Carroll even received the Boy Scouts’ Silver Beaver Award, a prestigious award given to “Scouters of exceptional character who have provided distinguished service.”

Carroll so identified himself with Scouting that attendants at Carroll’s funeral in 2004 were encouraged to where Scout uniforms, according to his obituary.

But according to the victim’s attorneys, Carroll’s interests in Scouting were more sinister than they appeared.  “Despite all the awards and accolades, Richard Carroll ultimately used Scouting as a means to identify potentially vulnerable victims that he could sexually exploit,” said Minneapolis Attorney Patrick Noaker, one of John Doe 156’s attorneys. “At this point, the evidence shows that, like many pedophile predators, Carroll targeted vulnerable boys.  John Doe 156’s parents were divorced and he didn’t have a father at home.   John Doe 156 believes that this was the reason that he was targeted by Carroll.”

Today’s lawsuit, like the others, names the Boy Scouts of America and the St. Paul-based Northern Star Council as Defendants.  The lawsuit alleges that the Boy Scouts are responsible for sexual abuse committed by Scout leader Richard Carroll because the organizations knew for decades prior to John Doe 156’s abuse that scout leaders were sexually abusing boys.  The lawsuit alleges that: “Between 1935 and 1971, Defendant BSA identified thousands of additional Scout Leaders who were believed to have sexually abused boys in Defendant BSA’s scouting program. Not all of these men were removed from their positions as a Scout Leader. Rather, at some point prior to 1955, Defendant BSA implemented a secret, internal ‘probation program.'”

“The Boy Scouts knew that even highly decorated ‘model’ Scout Leaders could be pedophiles who were using the Boy Scouts’ program to gain access to victims,” said Attorney Peter Janci of Crew Janci LLP, part of the legal team for John Doe.  “Based on decades of secret reports of sexual abuse in Scouting, the Boy Scouts knew that they needed to warn about the risk and implement child abuse prevention policies that removed opportunities for any volunteer to abuse a scout.  They made a conscious choice not to take these steps.  And as a result, John Doe 156 and probably hundreds of others of Minnesota’s boys were abused. ”

According to the LA Times Database of Boy Scout Ineligible Volunteer Files, the Boy Scouts of America have at least 49 secret files (“Perversion Files”) on suspected pedophiles in Minnesota who were reported after 2000 and who could still be in the community.  The Boy Scouts have refused to release these files or the identities of these men to the public.  (Approximately 1,200 of the Boy Scouts secret “Perversion Files” from the 1960s thru the 1980s can be found on the Crew Janci LLP website.)

“Our initial investigation indicates that there are at least three (3) other boys who were likely sexually abused by Scout Leader Richard Carroll.  We hope that any victims of child sexual abuse in Scouting will get the help and justice that they need and deserve under the Minnesota Child Victim Act,” said Noaker, a key member of an attorney team representing sexual abuse survivors throughout the State.

Minnesota’s recently-enacted Child Victims Act allows many victims of child abuse a window to bring claims without restriction from a statute of limitations, even if the abuse occurred decades ago. The Minnesota Child Victim Act passed into law with unanimous support in the Senate and only seven detractors in the House, based largely on evidence that victims often keep child abuse a secret long into adulthood and often have difficulty recognizing that mental health, addiction, or relationship problems experienced as an adult stem from childhood sexual abuse. The window established by the Minnesota Child Victim Act is set to close in 2016.

In filing this lawsuit, John Doe 156 joins nearly a dozen similar victims who have recently filed lawsuits in Minnesota against the Boy Scouts of America and its local chapters. Many of these followed a public announcement in June by Ramsey County Commissioner Jim McDonough disclosing his own sexual abuse as a boy scout.

If you have any information about Boy Scout leader Richard Carroll, or if any Scout employee or volunteer engaged in sexually abusive conduct with you, please contact Crew Janci LLP today for a free, confidential consultation at 1-888-407-0224 or by using our private online form.  We will treat you with discretion and respect.