Do you know Joseph Neipp, 74, a previous bishop in the church of Jesus Christ of Latter-Day Saints in San Jose, CA?

By Peter JanciApril 6, 2022No Comments 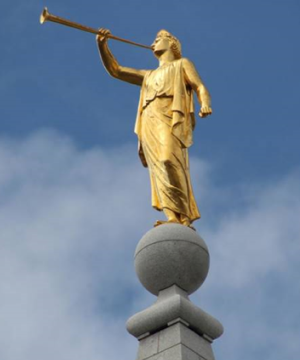 Joseph Neipp, 74, was previously a bishop in the Branham Ward of the Church of Jesus Christ of Latter-day Saints in San Jose, CA. (The Church is also known as the “TCJC,” the “LDS Church,” or the “Mormon Church.”)

Police reports and a recent lawsuit filed in 2020 include accounts of sexual abuse by Joseph Neipp spanning from 1998 to 2016.

Neipp was charged in 2019 with more than a dozen molestation-related felonies involving underage girls — one as young as 4 years old. In his role as a bishop, Neipp had access to children during church Primary classes and other ward events. Accounts note that Neipp had a pattern of engaging in grooming behavior of his young victims including having children sit on his lap and transporting children alone in his car. In November 2020, Neipp pleaded no contest to four criminal counts related to child sexual abuse and was sentenced to 18-years in prison (although Neipp received credit for the three years he spent in county jail prior to his sentencing).

News reports indicate that in 2009 or 2010 the LDS Church was made aware of concerns regarding Neipp. In response, the Church excommunicated Neipp and removed him from his position as bishop, but the Church reportedly did not notify church members of the danger he posed. Reports about the Church’s failure to warn members about the danger posed by Neipp are especially concerning in light of the esteem and religious regard that church members hold about bishops being chosen by God to represent their ward.

Given the way that many child predators operate, individuals like Joseph Neipp, Sr. may have many victims.
It is important to know that California recently enacted a new law — Assembly Bill 218 — that allows victims of child sexual abuse in the state of California to bring claims during a limited “window” period. That window is open now.

HAVE INFORMATION? Anyone with information about child sexual abuse in the Mormon Church is asked to please contact us confidentially at 1-888-407-0224 or by using our online form.

We work for victims. Crew Janci LLP is a law firm dedicated to advocating for victims of sexual abuse, including victims of abuse in schools and other youth serving organizations. Our attorneys were part of the victim’s legal team that took the Boy Scouts to trial in 2010 and won a $19.9 Million verdict against the Boy Scouts. In addition, Crew Janci LLP made national news representing victims of abuse in the Mormon Church and at elite private schools, like the Pingry School in New Jersey and the Catlin Gabel School in Oregon. Contact us confidentially at 1-888-407-0224 or by using our online form.