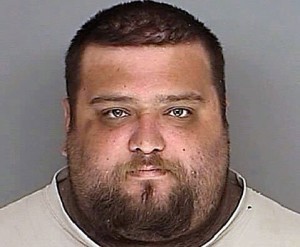 According to a recent article by Los Angeles Times reporters Amanda Covarrubias and Kim Christensen, Superior Court Judge Donna Geck in Santa Barbara, CA ruled that confidential information contained in unreleased Boy Scouts of America Ineligible Volunteer Files (or “Perversion Files”) should be made available to the attorneys for a man who was molested as a boy by his Boy Scouts leader in 2007.

The alleged perpetrator, Al Steven Stein, went to prison for molesting three boys, including a 13 year-old Scout.  The files released through this ruling would assist in the civil trial against this registered sex offender and the Boy Scouts of America.  The abused boy was a member of Troop 36 in Goleta, CA in the Los Padres Council  of the BSA.

The files, which document Boy Scout leaders and volunteers who have been banned from working for the organization because of various abuses, including physical and sexual abuse, have been kept since the late 1920s.  In 2012, Kelly Clark and the law firm of O’Donnell Clark & Crew helped in getting over 1200 of the ineligible volunteer files–from 1965 to 1985– released to the public.

The Los Angeles Times analyzed files up to 1991 (which they made available here), and the files made available to the attorneys in this ruling would add another 16 years, updating the files to 2007.

Although Judge Geck ordered the files available only to the attorneys in this case,  the LA Times reporters stated in their story that this ruling “opens the door to the possibility that the files containing information on 16 years of sexual abuse allegations around the country could one day be released to the public.”

As advocates for child sexual abuse survivors, we have seen how important it is to have those files available to the public, as it is one of the best ways for survivors to look up the records of their abusers.  Having another 16 years of information available for public review could help other people who have been abused find information to bring justice to the perpetrators of their pain and lost childhoods.

If you have information about sexual abuse and wish to speak to someone confidentially, call us toll-free at 1-888-407-0224 or email us at [email protected]