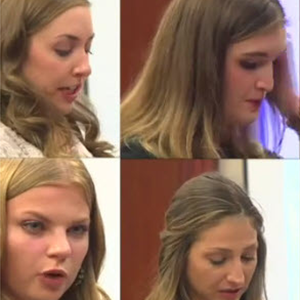 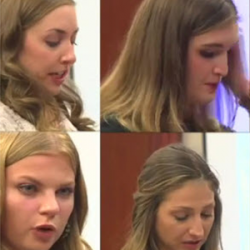 It was a striking scene of devastating pain and yet also of solidarity and strength—the scores of brave women who showed up in a Michigan courtroom to face Lawrence Nassar, who pleaded guilty to sexually abusing seven girls. During what ended up being a seven-day sentencing hearing, nearly 160 girls and women presented victim impact statements and spoke of the abuse they suffered. The women painted a clear picture of an abuser who was powerful and manipulative: Nassar cultivated an imposing reputation as a renowned team doctor for USA Gymnastics and Michigan State University, secured access to dozens of young girls and women, and preyed on them over the course of 20 years with impunity.

As Rachael Denhollander, the first women to publicly accuse Nassar of abuse, said at the hearing: “Larry is the most dangerous type of abuser, one who is capable of manipulating his victims through coldly calculated grooming methodologies, presenting the most wholesome and caring external persona as a deliberate means to ensure a steady stream of young children to assault.”

At the end of the seven-day hearing, Nassar was sentenced to 40 to 175 years in prison. He had already been sentenced to 60 years in prison for child pornography charges last year. Nassar was back in court this week for yet another sentencing hearing in a different Michigan county, where he pleaded guilty to sexually abusing three girls. In this final hearing, 65 women were scheduled to speak. According to the judge, over 265 victims have come forward, though some have chosen to remain anonymous.

As the extreme extent of Nassar’s abusive crimes becomes clearer, attention has shifted squarely onto his former employers. Numerous victims called out Michigan State University, USA Gymnastics, and the U.S. Olympic Committee and expressed deep frustration over the times they complained but were not believed or brushed off, and anger over the fact that Nassar was able to abuse so many for so long.

The fallout for these institutions seems to have only just begun.

The USA Gymnastics president Steve Penny resigned last year due to the abuse allegations. In the face of a threat by the U.S. Olympic Committee that USA Gymnastics could be decertified, the entire USA Gymnastics board of directors resigned this past week. The famed Karolyi Ranch in Texas, a U.S. Olympic training facility for gymnasts and also the site of repeated sexual assaults by Nassar, is facing a state police investigation ordered by Texas Governor Greg Abbott.

As for Michigan State University, federal and state officials have called for investigations, congressional hearings, and resignations of top university officials and trustees. The NCAA opened its own investigation into any potential rules violations related to Nassar’s numerous assaults. The president, Lou Anna Simon, and the athletic director, Mark Hollis, have stepped down. There are additional reports of a pervasive rape culture at MSU, particularly among the athletic programs, that further reveal how far-ranging the university’s failings may be.

It has been reported that at least 14 Michigan State University representative received reports of abuse by Nassar. He was also investigated at MSU after being accused of inappropriately touching a patient. The university cleared Nassar of any wrongdoing but concluded that Nassar could “open the university to lawsuits and expose patients to unnecessary trauma based on the possibility of perceived inappropriate sexual misconduct.” Nassar was instructed to follow guidelines, including requiring another person to be in the examination room, but these guidelines were not enforced. Incredibly, he was allowed to treat patients while a criminal investigation based on the reported abuse was ongoing.

Similarly, US Gymnastics received reports of abuse but was in the habit of dismissing them if they did not come directly from a victim or the victim’s parents, and did not enforce its own standards of conduct in requiring that athletes not be treated alone in private rooms.

Many questions are being asked now: why were these girls’ complaints and allegations not taken seriously? What policies did MSU, USA Gymnastics, and the USOC have in place for reporting and investigating any allegations of abuse? Why were best practices regarding working with children and young women not in place or enforced? Quite simply, how could such egregious criminal behavior by Nassar go on for so many years?

About 140 victims are now suing Nassar, USA Gymnastics, and MSU and seeking monetary damages from these institutions that they claim ignored the allegations of abuse. While USA Gymnastics and MSU cannot face criminal charges for Nassar’s abuse, they can be held civilly liable for failing to warn and protect the victims, implement appropriate safeguards and policies, and adequately respond to allegations of abuse; for intentionally inflicting emotional distress; and for misrepresenting the safety of its programs. Nassar’s abuse could not have gone on for so long if there were not enablers that enforced such a strong culture of secrecy and protection of power. As the many investigations and lawsuits unfold over the coming year and beyond, it is important that these institutions are held accountable and that the culture around abuse continues to change.