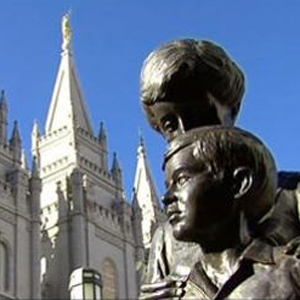 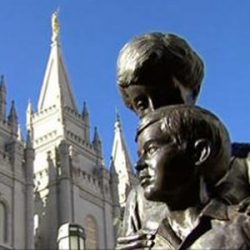 SALT LAKE CITY — An online movement, including a petition, asking the LDS church to change its practice of interviewing children about sexual matters, drew a response from the church Monday, to questions from KUTV.

“Personal interviews are an important part of ministering to those in a congregation. They offer an opportunity for a leader to know an individual better and to help them live the gospel of Jesus Christ,” church spokesman Eric Hawkins said in a statement to KUTV. “Leaders are provided with instructions in leadership resources and are asked to review them regularly.

“Our belief is that interviews should be meaningful and sacred opportunities for an individual to counsel with priesthood leaders, who represent the Savior in their ministry,” the statement said.

Sam Young, who was a bishop for five years in Houston, Texas, is the man behind the petition asking The Church of Jesus Christ of Latter-day Saints to stop the practice. Comments from the petition, calling for an end to the practice or sharing negative experiences, can be viewed on the petition’s signature page. He said he didn’t ask such questions while conducting church interviews and he knows not all leaders do.

He recently visited Salt Lake City and set up a table across from Temple Square to gather more signatures — a strategy he said worked. 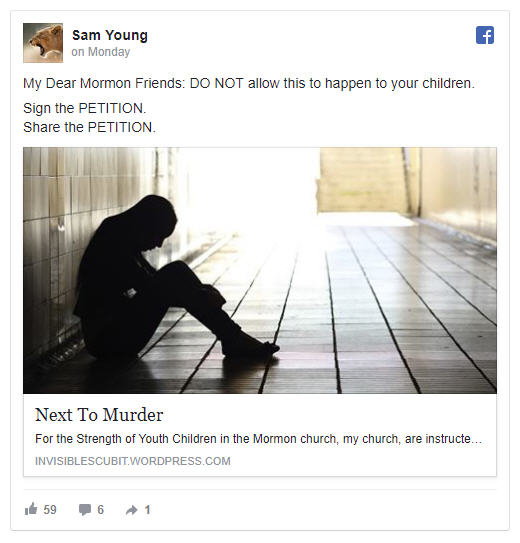 He said many members he spoke with denied that the practice was happening at all. Others thought it is a good idea and is needed to assess worthiness. The LDS church statement seemed to support that position.

“Interviews are held for a number of reasons, including for temple recommends, priesthood quorum or Young Women class advancement, callings to serve in the Church or when a member requests to meet with a priesthood leader for personal guidance or to help them to repent from serious sin,” the statement said. 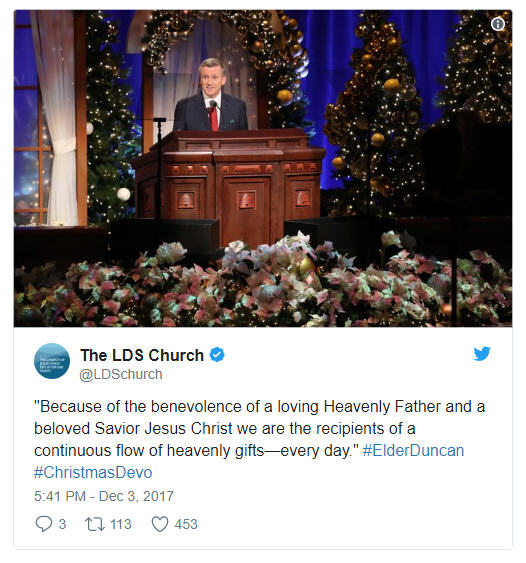 The statement said each congregation’s bishop meets with young members at least annually to “teach, express confidence and support, and listen carefully. These interviews should be characterized by great love and the guidance of the Holy Ghost.” 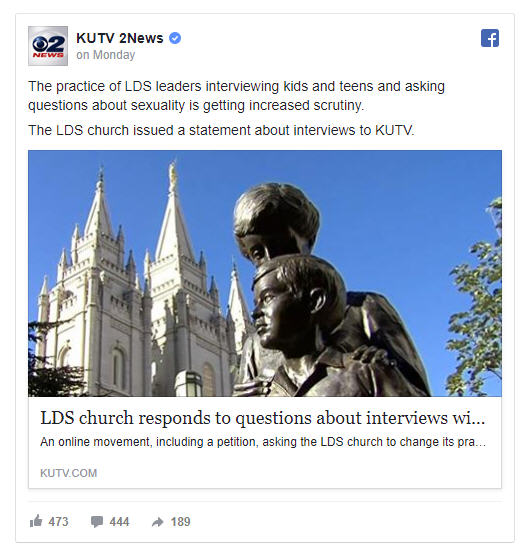 “When I found that out, I was incensed,” Young said. “The church has been my life. I dedicated my life to the church, but at that point and time I began getting serious about ‘there is lots of harm’ and ‘it is wrong.'”

Those experiences are contrary to the church’s statement of what the interviews should be:

“In these interviews, Church leaders are instructed to be sensitive to the character, circumstances and understanding of the young man or young woman. They are counseled to not be unnecessarily probing or invasive in their questions, but should allow a young person to share their experiences, struggles and feelings.” 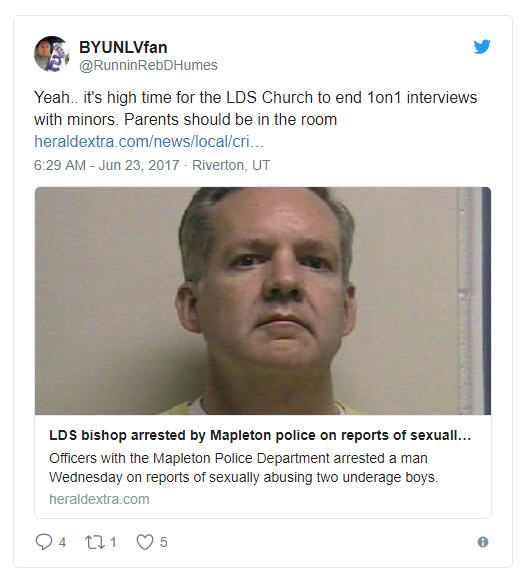 The statement also addressed questions from KUTV about allowing parents into one-on-one interviews with bishops or other church leaders.

“When a church leader meets with a child, youth or woman, they are encouraged to ask a parent or another adult to be in an adjoining room, foyer or hall, and to avoid circumstances that may be misunderstood,” the statement said.

Young said parents should be involved.

“The church could set up a choice to let the parents decide if the bishop can take a child behind closed doors — then fine,” Young said. “Allow us to choose that there will be no discussion about sexuality, period. How would that be if you had a choice?”

A LDS writer, with a pen name of Tracy M, wrote about how she and her husband handled this issue with their bishop at a website for church members called By Common Consent:

My husband and I spoke with our bishop before he interviewed our children and specifically requested he not ask them any sexual questions beyond “do you obey the law of chastity.” We explained our concerns over the potential impropriety—even as a bishop—and assured him that in our stewardship as parents, our children understood the law of chastity.

Young believes putting the children in a situation with an authority figure without clinical training is grooming them to allow other authority figures or other adults to pry into their sexual lives. 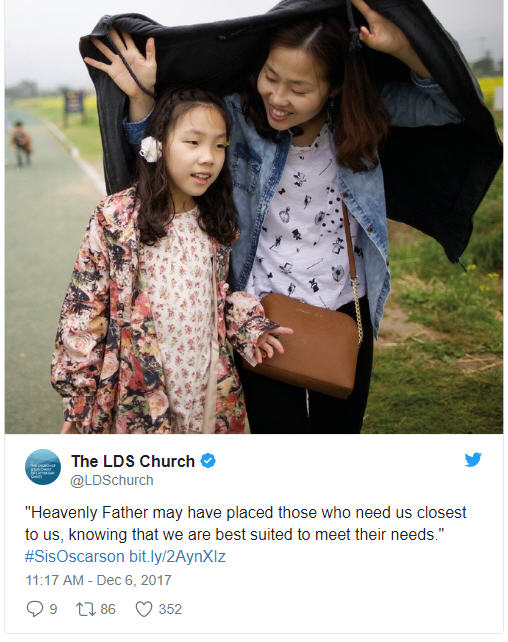 “That grooming is one of the big problems of doing this. When they are not groomed, they are much better prepared to answer [sexual questions] as adults,” Young said. “They can decide as adults to say ‘it is none of your business’ or open up and get help.”

A Mormon Discussion podcast, hosted by a believing member, also tackled the issue recently. Young’s petition has increasing attention to the conversation online with a lot of opinions on the topic that is increasingly associated with the church.

Young said he is not an enemy of the LDS church and he attends services regularly with his adult children and supports his wife’s full, active membership. He said that while he is focused on the practice ending for the sake of children, he believes it will also help protect the unpaid local clergy and take away a “black eye” from the church.

“If missionaries are teaching a family and they get wind of this, it is going to make the missionaries’ job a lot harder,” he said.

Young’s goal was to collect 10,000 signatures. At press time, he has collected 6,962. He said there is no doubt in his mind, the church will eventually change its interview practices.