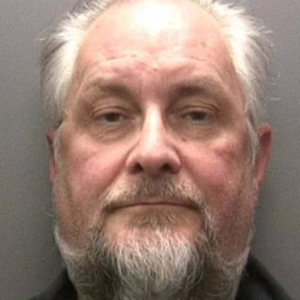 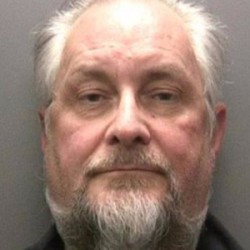 A former scout leader has been jailed for five years for sexually abusing boys in the 1980s.

Mike Medhurst, from Birmingham (UK), pleaded guilty at Leicester Crown Court to 10 counts of indecent assault and one charge of gross indecency.

He attacked four boy scouts, aged between eight and 11, on camping trips in Hinckley and Castle Donington, both in Leicestershire, between 1981 and 1987.

Police believe there may be more victims who have yet to come forward.

Medhurst, 65, from Coney Green Drive, was jailed in 1991 for child sex offences but went on to become the leader of a scout group in Birmingham.

Some of the attacks took place on a campsite at Donington Park, during a trip to the 1984 British Grand Prix and a visit to Mallory Park race track, police said.

Police say he also lured boys to his home, where he plied them with alcohol and forced them to watch pornography and play games with cards with explicit images on them.

Some of his victims cried during the attacks but heartless Medhurst , from Coney Green Drive in Birmingham, ignored their pleas and subjected many to extended bouts of abuse.

He was jailed for five years and four months on Monday.

“This has been an emotional time for victims who have been dealing with the abuse secretly. Hopefully these convictions offer some comfort that Medhurst has been brought to justice for these horrible crimes and it will help them move on with their lives.

“The victims have shown great bravery in coming forward to report what Medhurst subjected them to. I thank them for that and I would urge anyone else who has suffered at Medhurst ’s hands in the past to get in touch so we can achieve justice for them too.”

One of his victims told how he quickly befriended his family and played the role of “a cool older brother” and took them away for mini-holidays to motorsport events.

DC Carr added: “These offences stayed with these boys long into adulthood…no-one should underestimate the trauma abuse like this inflicts.

“One man admitted he’d considered going to Medhurst ’s home to exact his own revenge but, thankfully, thought better of it and disclosed the abuse to police instead so we could take action.

“I have no doubt there are more victims who are still bottling up what happened to them. I would ask them to get in touch; we have specially trained officers to help, they can speak to us in confidence, and we can get them the support they need.

“I would ask them to get in touch. Medhurst should face justice for each and every one of the children he abused so shockingly.”

More information about Mike Medhurst’s case can be found here:

If you or someone you care about was abused in Scouting, and you would like resources and information about the rights and options for victims of child sexual abuse, please contact Crew Janci LLP today for a free, confidential consultation at 1-888-407-0224 or by using our private online form.  We collaborate with victims’ attorneys around the world. We will treat you with discretion and respect.