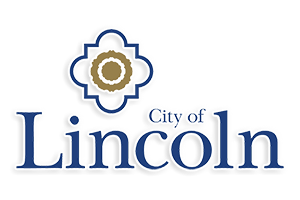 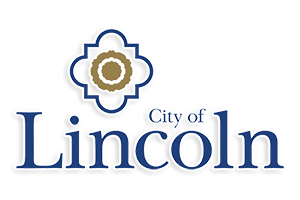 Coach Tyler Lopez pleaded guilty on September 7, 2017 to charges for sexually abusing 6 minors between approximately 2013 and 2017.  Lopez was sentenced to more than 40 years in prison.  As a part of the sentence, the Court has also ordered Lopez to register as a sex offender when he is released.

Prior to his criminal conviction, Tyler Lopez was a well-known basketball, football and baseball coach in the community.  Lopez served as a youth coach for Lincoln City Youth Sports, as well as an assistant coach at Taft High School in Lincoln City.

Tyler Lopez first became involved as a coach with Lincoln City Youth Sports in approximately 2013.  His involvement with youth continued until February of 2017.  Lopez used his position as a youth coach to identify, groom, and sexually exploit youth.

According to media reports, at an initial hearing in March of 2017, Lincoln County’s Chief Deputy District Attorney JW Hupp told the Court that the charges against Lopez were related to his abuse of at least seven victims.  However, the District Attorney also indicated that law enforcement were aware of at least 13 other potential victims and witnesses, according to media reports.http://katu.com/news/local/lincoln-city-youth-coach-expected-in-court-for-sex-abuse-charges-tyler-lopez.

Today’s lawsuit alleges that the City of Lincoln was negligent in allowing the abuse by Lopez.  The lawsuit asserts that “prior to the last incident of Plaintiff’s abuse, Defendant received notice of allegations that Lopez was engaging in inappropriate conduct with Plaintiff and/or other minors participating in LCCC’s youth sports programs and activities” but that, despite this knowledge, “[n]o employees or agents of Defendant commenced an adequate investigation, nor did they report the suspected abuse to state licensing authorities, the Department of Human Services, and/or law enforcement” as required under Oregon’s mandatory reporting laws.

As a result, the lawsuit alleges that Coach Tyler Lopez was free to continue his pattern: “us[ing] and manipulate[ing] his position of trust and authority as an LCCC coach, and through the Grooming process, Lopez induced and directed Plaintiff to engage in various sexual acts with him.”  The lawsuit refers to the victim using a pseudonym (“Edward Doe”).  According to the Complaint, the victim was 14 years old at the time of the abuse.

Today’s lawsuit alleges that, while performing his duties as a coach, and at least in part for the purpose of furthering his duties required in those roles, Lopez befriended Plaintiff and gained the trust and confidence of Plaintiff as an authority figure, advisor, and mentor.

“Tyler Lopez had been well-known and well-loved in this community.  He had every opportunity ahead of him.  Sadly, instead of doing some good in the world, he chose to violate the trust that the community placed in him and use his authority to sexually abuse multiple young boys.  His violations will have profound and permanent negative impact on his victims and the community,” said Peter Janci, one of the attorneys for the victim.

Attorneys for the victim in today’s suit raised concerns about whether youth-safety policies were bypassed due to the community esteem and familiarity with Lopez:

“If Lincoln City is going to offer youth programs, it has an obligation to do so safely and take reasonable precautions to prevent abuse by their youth leaders.  We believe that the evidence will show that Lincoln City had information about multiple red flags in the time leading up to the abuse these boys suffered.  We believe that our investigation will uncover what the City knew, when they knew it, and what they did about it,” said Stephen Crew, attorney for the victim.

“Because this is a small-tight knit community, we believe there are others with information about Coach Lopez who have not yet spoken up – out of fear for how they will be received by the community.  We want any other victims to know that they are not alone and that, when they speak up, they will be believed and treated with dignity.  We urge you to come forward.  Do not suffer in silence – you are not alone and, with help, things can get better,” said attorney Peter Janci.

Today’s lawsuit alleges $4 million in damages.  The suit alleges that the victim: “has suffered and will continue to suffer severe and debilitating physical, mental, and emotional injury, including pain and suffering, physical and emotional trauma, and permanent psychological damage.”

“We believe that the criminal sentence for Tyler Lopez – of more than 40 years in prison – can be viewed as a message to victims that the community around Lincoln City will be one that supports and believes victims and does not tolerate organizations that allow sexual abuse of children to go unchecked,” said Peter Janci, an attorney for the victim.

Attorneys for the victim told media that they have contacted the District Attorney’s office and have asked for their cooperation.  “We appreciate the hard work of the District Attorney’s office in prosecuting Mr. Lopez and we are sure that they understand that is only one part of getting to the bottom of this situation.  We are hopeful that they will make every effort to share all of the information from their investigation to help us ensure that kids participating in Lincoln City Youth Sports are as safe as possible from this type of abuse in the future,” said Stephen Crew, an attorney for the victim.

The attorneys representing the victim are from the Portland-based law firm Crew Janci LLP (www.crewjanci.com).  Crew Janci LLP represents victims of sexual abuse in civil cases against large institutions around the country – including the Boy Scouts, Mormon (LDS) Church, Seventh-day Adventist Church, Catholic Church, Boys and Girls Clubs, schools and other public entities.  Crew Janci LLP has recently gained national media attention for their representation of 21 men against the elite Pingry School in Short Hills, New Jersey.  A settlement of those claims was announced last month, which included financial compensation for the victims as well as important policy changes at school.  In 2010, attorneys from Crew Janci LLP were part of the Plaintiff’s trial team in Kerry Lewis v. Boy Scouts of America, which resulted in a $19.9 million verdict for the Plaintiff and forced the first release of a large portion of the Boy Scouts secret “Perversion files.”

Attorneys for the victim said that a trial date had not yet been set in the matter.  “We look forward to presenting our case to a jury from the community and having them do justice in this case,” said Stephen Crew, an attorney for the victim.

If you have information about sexual abuse in youth sports, please contact Crew Janci confidentially at 1-888-407-0224 or by confidential email.