Man gets 30 years in prison for raping, sodomizing teen girl he met online 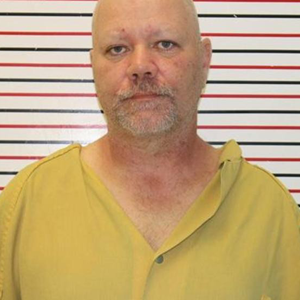 ASTORIA, Ore. — A 50-year-old Washington man has been sentenced to more than 30 years in prison for sodomizing and raping a girl he met online while he posed as an 18-year-old boy.

Russell Deviney pleaded guilty earlier this month to rape, unlawful sexual penetration, sodomy and using a child in a display of sexually explicit conduct. He was also charged with kidnapping, sex abuse and another set of charges before eventually reaching a deal with the District Attorney’s Office.

Deviney posed as 18-year-old “James Russell” on Instagram, which he used to befriend a teenager from Sanger, California. Court documents said the girl got into a fight with her mom so “James Russell” suggested they meet up for a “one-day vacation.”

She packed her belongings and met JR, who at that point told her he was twice her age.

He refused to let her go home, told her they were traveling to Oregon and took the SIM card from her phone, telling her “police can track those,” documents say.

She told police once they reached Oregon, she awoke to Deviney rubbing and sexually abusing her, then taking photos of her. The teen claims she was sexually assaulted several other times during the trip.

At one point, she told police she was able to put her SIM card back inside her phone and made contact with her mother. On their way back to Oregon from Washington state, police officers called Deviney. He parked at an Astoria McDonald’s, told the teen he was getting a car part, and never returned.

The teen called her mom from the car, who advised her to go inside the McDonald’s and call police. She was safely reunited with her family.

Deviney was arrested later that week.