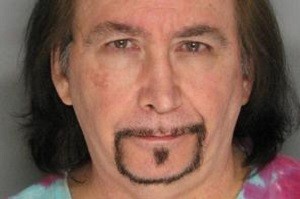 An elementary and middle school music teacher in Maryland entered a guilty plea last week on criminal charges that he sexually abused fifteen of his students. Despite multiple complaints of inappropriate behavior from parents, Lawrence Joynes, who taught for twenty-seven years at eleven Montgomery County schools, was not removed from his teaching position or prevented from violating children until his 2013 arrest related to a federal investigation into a child pornography syndicate.

According to reporting, the first of Joynes’ guilty pleas involved fourteen students who were in kindergarten (ages 5-6), first grade (ages 6-7), and second grade (ages 7-8) at New Hampshire Estates Elementary in Silver Spring, Maryland. Joynes would put his fingers and candy canes in the students’ mouths in a sexual manner, and force students to assume sexual poses. Joynes made video recordings of his abuse of the children in the music classroom during school hours. It is unclear from the reporting if Joynes shared these recordings with other pedophiles.

Joynes was apparently so obsessed with one of his young victims that he had the child’s name tattooed on his arm.

Joynes’ second guilty plea involved a former student at Eastern Middle School, also located in Silver Spring, Maryland, who was abused in the 1990s. According to an earlier report by Morse of The Washington Post, the seventh grader had come to trust Joynes and told him that she had been abused by a member of her own family. Joynes used the opportunity to groom the girl and escalated sexual contact until he was able to have weekly intercourse with her in the music room and other locations for nearly two years. In 2005, the former student, then in her twenties, decided to confront Joynes and went about tracking him down. In response to her attempts to contact him, Joynes attempted to fake his own death by posting a forged death certificate on his personal website. Believing that Joynes was dead, the woman went on with her life. She contacted authorities after hearing about the abuse of the elementary school children.

In 2011, after at least two complaints by parents about Joynes’ behavior around their children, the principal of New Hampshire Estates put limits on Joynes’ interactions with the elementary students, but did not remove him from his position or investigate the parents’ concerns further. Joynes continued abusing children during 2012-2013.

The Joynes case in Maryland bears similarities to a number of recent high-profile school sexual abuse cases in Oregon.

If you have any information about abuse happening in a public or private school, please contact us confidentially using our online form or call us toll-free at 1-888-407-0224.