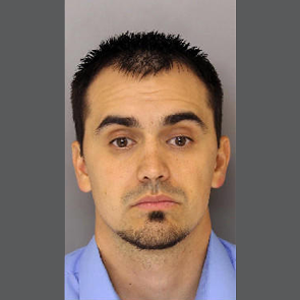 Article from The Baltimore Sun.

A Baltimore County middle school teacher has been charged with sexually abusing a minor after police said he committed sexual acts with a 13-year-old girl in his classroom.

Chadwick Zamarron, 35, a math teacher at the Northwest Academy of Health Sciences in Pikesville, wrote hall passes for the girl to be excused from class and carried on a physical relationship with her through February and March, police said.

The school was known as Old Court Middle School until last year.

Zamarron, of the 4300 block of Breeders Cup Court in Randallstown, is being held without bail at the Baltimore County Detention Center.

Online court records did not list his attorney. He is scheduled for a preliminary hearing next month.

“Our thoughts and support are with the student and her family,” he said in a statement. “We take our responsibility to protect students in our care seriously, and when an adult is accused of violating that trust, immediate action is taken.”

Detectives began investigating last week after the girl told her mother she performed a sex act on Zamarron, police said. Beginning in January, the girl sent sexual messages on social media to Zamarron. The two became friends, then their relationship became physical with kissing and sexual acts in Zamarron’s classroom and office, police said.

Last week, in Baltimore city, police charged a 26-year-old basketball coach and hall monitor at Collington Elementary/Middle School in East Baltimore with the second-degree rape of a 13-year-old student.