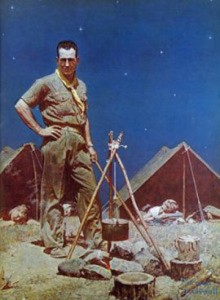 Yesterday, Crew Janci LLP attorneys Steve Crew and Peter Janci were honored to stand beside one of our courageous, abuse-survivor clients who filed a lawsuit in Minnesota against the Boy Scouts of America for sexual abuse he suffered as a youth.

The survivor chose to use his name publicly.  He is Jim McDonough — the chair of the Ramsey County board.

McDonough filed the lawsuit on this 60th birthday.  He is able to do so because of the Minnesota Child Victims Act– which created a short window for survivors of child abuse to seek justice outside of the normal statute of limitation.  McDonough told media that he hopes, given his position, that his public stance will encourage other victims to come forward about the abuse they have suffered.

Though many of the Boy Scouts’ secret files are still hidden, the publicly available files reveal the existence of nearly 100 pedophile Scout Leaders within Minnesota.

There is also information that indicates that there are another 47 secret files regarding pedophile Scout Leaders who were reported between 1992 and 2004.  These are predators who are likely still in neighborhoods around Minnesota.  As Pat Noaker put it:

“We are particularly concerned with Minnesota perpetrator files that have not been made public.  Who are they? Where are they? What children are being exposed to them?”

In filing the lawsuit, the Plaintiff’s legal team publicly called on the Boy Scouts of America to release the identities of these predators.

You can read more about this case in the following news media reports:

Crew Janci LLP represents survivors of Boy Scout sexual abuse throughout the country.  Attorneys at Crew Janci LLP were part of the Plaintiffs’ legal team in the 2010 case of Kerry Lewis v. Boy Scouts of America.  The trial in that case resulted in a $19.9 million verdict in favor of the victim.

If you or someone you know suffered sexual abuse in the Boy Scouts in Minnesota, it is not too late to seek justice.  Please call us today for free confidential consultation at 1-888-407-0224 or use our confidential online form.

It’s not too late.  You are not alone.  We are here to help.