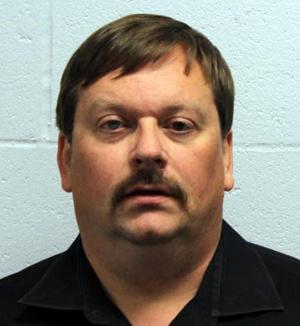 By Peter JanciJanuary 24, 2019No Comments

According to reports in the St. Louis Post-Dispatch and multiple other media outlets, former Cub Scouts leader Matthew C Baker, 49, of O’Fallon, St. Louis is to be charged with at least 10 sexual abuse charges against seven children in St. Charles County and St. Louis County. The alleged offenses occurred between 2010 and 2018 with one incident of abuse occurring at a scout camp.

Two initial charges against Baker, who was at the time recorded as a den leader for second-graders, were filed last October by the St. Charles County Prosecuting Attorney’s Office. They involved separate incidents at his home involving two eight year old children, a boy and a girl. One of the cases was brought to the attention of the O’Fallon Police Department who attended a property at the 7300 block of Twin Chimneys Boulevard at around 9.40pm on October 13th. In the subsequent press release, it was revealed that an investigation had uncovered that Baker had engaged in “deviate sexual intercourse” with a child below the age of 12.  The eight year old boy claimed that he had been assaulted at Baker’s home, on a mattress in the basement, whilst playing a board game.

The then-48 year-old Baker was charged six days later with statutory sodomy or attempted statutory sodomy and was jailed in St. Charles County with a bond set at $50,000, 10% not authorized. He was also forbidden from contacting the victim or his family.

On 23rd October, a second charge of second degree molestation was brought against the suburban St. Louis man. Bond for this charge was set at $500,000, 10% not authorized, cash-only and Baker was further banned from associating with anyone below the age of 17 years.

Following this first round of charges, Baker was also removed from his Cub Scout position by the area council and the Wolf pack revoked his membership, writing to parents to explain the situation.

The Boy Scouts released a statement denying prior knowledge that Baker posed a danger to youth.

After an appeal from the O’Fallon Police Department, more children and their families have since come forward with information concerning abuse at the hands of Baker. One of those children has said they were abused at a scout camp at the Beaumont Scouts Reservation in July.

In total, Baker now faces 10 separate charges of sexual abuse involving seven children. Nine of the offenses, involving six of the children, are alleged to have taken place in St Charles County. The other offense is alleged to have happened in St Louis County and involved a seventh child. No attorney is listed for Baker in online court records.

Attorneys at Crew Janci LLP have represented nearly 100 victims of sexual abuse in cases against the Boy Scouts of America around the country (with the assistance of local attorneys), including in: Arizona, Arkansas, California, Florida, Idaho, Maine, Minnesota, Montana, New Hampshire, New Jersey, New Mexico, New York, Oregon, and Washington. Attorneys from Crew Janci were also part of the Plaintiff’s trial team in the 2010 case of Kerry Lewis v. Boy Scouts of America, which resulted in a $19.9 million verdict for the victim and the first public release of the Boy Scouts secrete “perversion files.

If you have any information about abuse involving people in a place of trust, please call our confidential hotline (1-888-407-0224) or use our online contact form.We will treat you with discretion and respect.