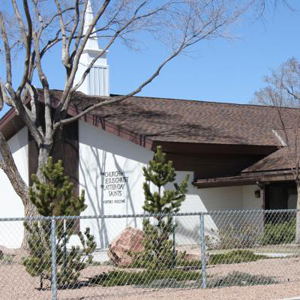 On Wednesday, a federal judge in Salt Lake City ruled that the Navajo Nation has jurisdiction in a quartet of cases filed earlier this year by tribal members alleging that they were sexually abused during their time in a foster program operated by the Mormon Church from 1947 to 2000. The four tribal plaintiffs (now referred to as “the Doe Defendants”) filed their suits in the Window Rock District of the Navajo Nation Court last spring.

Rather than responding to the complaints at the tribal court level, the church instead countersued the Navajo plaintiffs in federal court, asking Judge Robert Shelby to dismiss all four cases for lack of jurisdiction, as well as an injunction to stay the proceedings from moving forward under tribal jurisdiction.

In a dual decision addressing both complaints, Shelby denied both the church’s motion to dismiss and the injunction, writing that the Mormon Church must first exhaust all remedies in tribal court.

The Mormon Church did not respond to requests for comment on Shelby’s decision.

Referring to the limited exceptions in which tribes could exercise jurisdiction over non-Indians on Indian land, Shelby wrote that the Supreme Court had established the scope of “consensual relationships” and the nexus between tribes and non-members in regards to civil tort law in previous decisions.

But in Dollar General v. Mississippi Band of Choctaw Indians, in which the Fifth Circuit ruled and the Supreme Court affirmed with a split decision earlier this year, Shelby said the courts had concluded that “it was appropriate to look to the general instead of the highly specific when determining if the activity of non-members had such an effect.”

In its petition, the Navajo Nation said that by attempting to remove the cases to federal court without exhausting remedies in tribal court first challenged the sovereignty of the tribe, “which has substantial interest in defending these interests.”

“We are very pleased that Judge Shelby properly upheld the right of the Navajo Nation Courts to review this claim in the first instance,” said Navajo Nation attorney general Ethel Branch in a statement to ICTMN.

“Our clients are pleased that the Utah Federal Court lawsuit, filed against them by the Mormon Church, has been dismissed,” said Craig Vernon, who represents the four Navajo defendants in the federal case along with William Keeler.

“We commend the Court for following well-established law in making this reasoned decision,” said Keeler. “We hope that the Church will now allow this case to be decided on its merits rather than engage in more legal maneuvering to get the case, originally filed in Navajo Nation, dismissed on technicalities. Our clients no longer want to suffer in shame or silence. They want answers. They want to know why this happened.”

Vernon also said that Judge Shelby’s decision was an important affirmation of tribal jurisprudence and sovereignty.

“While this decision is important to our clients,” he said, “it is also a victory for the continued sovereignty of the Navajo Nation, as well as all tribes who entered into treaties with the United States.”