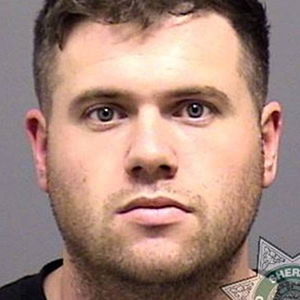 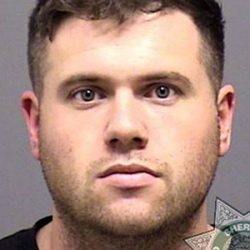 Sean Kelly, 27, is accused of sexually abusing a Clackamas County high school girl while he worked as a US Navy recruiter in June 2017.

BEAVERTON, OR — A Navy Recruiter was arrested Monday on suspicion of sexually abusing a teen girl he was attempting to recruit last year, according to the Clackamas County Sheriff’s Office.

Sean William Kelly, 27, was taken to the Clackamas County Jail on three counts of sex abuse, luring a minor, and contributing to the sexual delinquency of a minor. He is being held on $75,000 bail.

Kelly, a Beaverton resident, is suspected of molesting a high school student in Clackamas County while working as a recruiter for the United States Navy between June 5 and June 9, 2017.

“The United State Navy takes such allegations seriously and will cooperate fully with the appropriate investigating law enforcement authorities,” Rachal said, adding that because this is an ongoing investigation the Navy will not comment further.

Sheriff’s officials believe Kelly may have other victims. They’ve asked anyone with information that could assist this investigation to call the Clackamas County Sheriff’s tip line at 503-723-4949, or submit a tip online via the sheriff’s email form. Reference CCSO Case #17-15690.

Former Navy Recruiter Phillip Marcel Chartier was arrested and later convicted in Washington County for luring a minor after police discovered he’d sent lewd text messages to a Sunset High School 17-year-old in May 2010. He was reportedly sentenced to 60 days in jail and three years probation.

This post has been updated to include comments from the Navy Talent Acquisitions Group Portland.