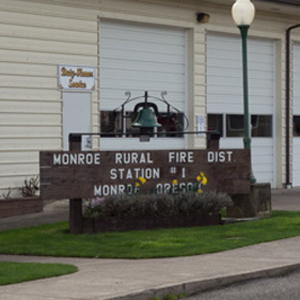 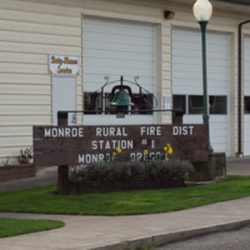 The lawsuit, filed today in Benton County Circuit Court, alleges that the girl was a victim of repeated child sexual abuse while participating in the Junior Firefighter program at the Monroe Rural Fire Protection District.  The lawsuit alleges that sexual abuse was inflicted by a Monroe-area firefighter named Carlos Garcia.  (Garcia was also a coach at the local public high school at the time.)  The suit alleges that Garcia abused the victim when she was 14 and 15 years old.  (The victim is referred to in the suit under a pseudonym to protect her identity because she is still a minor.)

The abuse occurred at the fire station while the victim was engaged in activities related to the Junior Firefight program – a program “for teenagers . . .  interested in learning about firefighting and emergency medicine.” (http://monroefiredept.org/organization).  According to the lawsuit, Garcia was acting as the girl’s supervisor in the Junior Firefighter program at the time of the abuse.

Today’s lawsuit alleges that leadership within the Monroe Rural Fire Protection District knew about child sexual abuse in the program, but Fire Department officials failed to investigate the allegations and violated mandatory reporting laws by failing to report the suspected abuse to authorities.

The victim in today’s lawsuit is represented by Portland-area law firm Crew Janci LLP, which is known for representing victims of sexual abuse around the country in high profile cases against large institutions, including the Boy Scouts of America, the Catholic Church, the Mormon Church, elite private schools, and other youth-serving organizations.  Also representing the victim in today’s lawsuit is attorney Tom D’Amore of the D’Amore Law Group, who has had substantial victories in sexual abuse trials against large medical systems.

“First responders, firefighters are guardians of the public’s safety.  These are the officials we expect to protect our children – not sexually exploit them,” said Peter Janci, an attorney representing the victim.  “We intend to prove that the leadership of the Fire District knew that this young girl was being sexually abused, and allowed it to continue; they knew that there was danger in their own fire house, but they did nothing stop it.”

Today’s lawsuit alleges claims of negligence and infliction of emotional distress against the Monroe Rural Fire Protection District.  The lawsuit alleges that the victim has “suffered and will continue to suffer severe and debilitating physical, mental, and emotional injury.”  The suit seeks $3.5 million in damages.

“Our young client wanted to learn more about helping others and get involved in the community,” said Tom D’Amore, attorney for the victim.  “But instead of responsibly teaching this girl about safety, this fire department created a dangerous environment where an older man could take advantage of a young girl and sexually assault her multiple times.”

“To our knowledge, the perpetrator in this case – Carlos Garcia – was a coach and mentor to numerous children.  Although this was reported to police months ago, for some reason, Garcia has not been apprehended by law enforcement.  We believe he is still in the community and is a danger to youth in the area,” said Peter Janci, attorney for the victim.

According to the National Volunteer Fire Council, “[j]unior firefighter programs give young people the chance to learn about local fire, rescue, and emergency medical services response organizations in a safe, controlled, educational, and fun way while providing departments with an excellent recruitment mechanism.”  (http://juniors.nvfc.org/about/) Many fire departments also work with children through a career education program within the Boy Scouts of America called “Exploring.”  (It is unclear whether the Boy Scouts of America played any role in the Fire District’s junior firefighter program.)

“There are children participating in junior firefighter, junior EMT, and police explorer programs all over the country.  This victim’s case is an important reminder of the dangers to children in these types of youth programs if not run properly,” said Peter Janci, the victim’s attorney.  “Sexual predators can put on any uniform and wear any badge.  The leadership of these youth-serving programs need to be reminded to always be watching out for the safety of the children participating.”

Attorneys from Crew Janci LLP were part of the plaintiff’s trial team in the case of Kerry Lewis v. Boy Scouts of America, which was tried to a jury in 2010 in Portland and resulted in a $19.9 million plaintiff’s verdict.  That case spurred the public release of more than 1,200 of the Boy Scouts’ secret files on scout leaders accused of child sexual abuse.