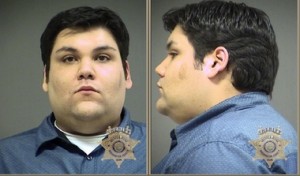 The victims were apparently young teenagers when the abuse began, according to statements by the prosecutor Kevin Barton.  Police were alerted to the allegations after a report to DHS by the mother of one of the victims.

The Oregonian is also reporting that the sentencing hearing and plea deal included discussion about other allegations that Ritterman also abused a developmentally-disabled teenager.

Ritterman, 28, was ultimately sentenced to nearly seven years in prison.  Ritterman was reportedly attended by his wife as he told the courtroom that:  “There are no words that can fix or express how deeply sorry I am for what I’ve done . . my only hope and prayer is that there can be healing and restoration to all parties that have been involved.”

In addition to damage caused by Ritterman, also concerning are reports about the Bethel United Pentecostal Church’s refusal to cooperate with police in this matter.

According to media reports, the lead pastor for the Church initially refused to speak with police, unless the police agreed to provide confidential information about what they had learned from their investigation.  Then, after the police explained that they could not do that, the lead pastor demanded that his insurance agent must be allowed to be present during the interview, according to media reports.

Later, the lead pastor admitted to law enforcement that he had been aware of Ritterman’s abuse of at least one victim (although it is unclear when the pastor became aware of the abuse) according to news reports.  Upon becoming aware of the abuse, the pastor told the victim that he needed to write a letter to document the abuse, but the boy’s limited English skills prevented him from complying with the pastor’s instruction.  It is unclear from media accounts whether the pastor did anything with his information.

New articles quoted Prosecutor Kevin Barton as saying: “This was a worst-case scenario when it comes to a church and a pastor not cooperating.”

The type of refusal to cooperate described by news reports is completely unacceptable.  Clergy have a legal obligation to report suspicions of child abuse to civil authorities.  And churches have a moral obligation and responsibility to do everything in their power to protect children and the vulnerable in their care.  A church learning of suspected abuse and choosing to ignore it — and then refusing to cooperate with police — is one of the worst kinds of betrayals by an institution of trust.  It allows and permits sexual abuse to continue in secret — with victims and their families having no knowledge or opportunity to take action to protect themselves.  Churches and other community organizations simply cannot keep secrets about hidden dangers to children and the vulnerable — period.

Unfortunately, in our work advocating for survivors of child sexual abuse, we see these types of responses by churches and other organizations far too often.  It is only by victims coming forward and holding institutions accountable that we see organizations make positive changes to their standard operating procedures for responding to abuse allegations and offering more protections to those in their care.

If you or someone you love has been sexually abused in a church or other organization and would like to speak with someone confidentially, please contact us today online or call us at 1-888-407-0224.