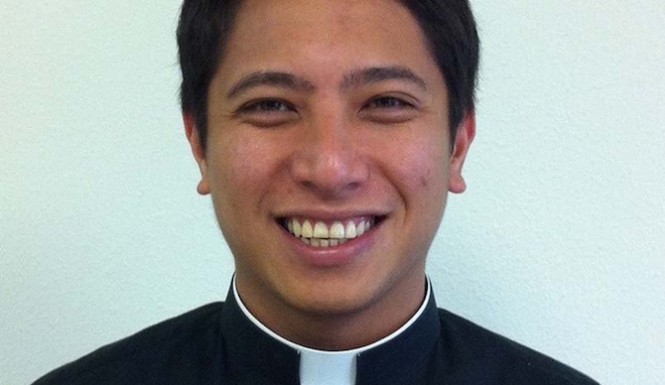 OR Priest Who Hid Camera Flees US; Church Kept Quiet

By Peter JanciAugust 21, 2015No Comments 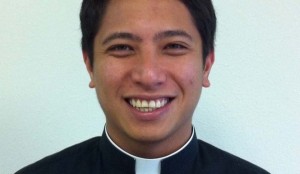 A Sherwood, Oregon priest has fled the county following a police investigation into a hidden camera found at St. Francis Catholic Church several months ago.  A teenage parishioner found the camera and turned it over to the Church’s priest, Father Ysrael Bien, in April of 2015; Bien informed the boy and his parents that he would report the matter to police.  Instead, for the next three weeks, Bien fabricated an elaborate story about a non-existent police investigation, and did not contact police until May 20, when he reported the device as “stolen.” The Archdiocese of Portland was informed of the incident on May 20, 2015, yet Bien was not placed on administrative leave until more than a month later.  Yesterday, the Oregonian reported that Bien had fled to the Philippines in an attempt to escape criminal prosecution.

The 15-year old parishioner found the hidden camera in the men’s bathroom of St. Francis Catholic Church on April 26, 2015.  The device was disguised as a wall outlet, and was placed at waist-height near the toilet in a single-occupant bathroom with a door to the vesting room, where altar servers and the priest prepare for Mass. The parishioner went with his father to hand the camera over to the church’s priest, Fr. Ysrael Bien, who said he would report the matter to the police.

Several days later, the boy’s mother contacted Bien and asked if police wanted to talk to her son or take his fingerprints.  Bien told her that police had visited the parish and they didn’t need the boy’s statement or fingerprints because the priest had filled them in on everything.  The priest informed the boy’s mother that the police had a suspect in mind who had used similar devices in other places, and that they were gathering more evidence to make an arrest.  He also told the mom that officers said it would have been better if the boy had left the device alone “so they’d have a chance at collecting evidence from it later.” The priest assured her that “a conclusion would happen soon, and that he would be sure to tell them when someone was arrested.”

After the parents heard nothing for two weeks, the boy’s father asked the priest for an update on May 10.   Bien told the dad that he didn’t have any new information. The priest also said he’d purposely not informed the church deacon.  This surprised the father, who had thought the deacon would have been notified immediately.  Bien said he would inform the staff at a meeting on May 13.

On May 14, Bien sent the parents a Facebook message with a lengthy update on the fabricated police investigation, which read, in part:

Sherwood police did not have enough to go with from the device … Two sets of fingerprints were found: mine and, by process of elimination, (your son’s). …

They were hoping to find a third set of fingerprints to lead them to the perpetrator. But there was none. Not surprising because they said it is consistent with the modus operandi of the person they have in mind. The device – same style and model – is ‘affiliated’ with this person. Unfortunately, these are ‘circumstantial (sic). Because of insufficient and inconclusive evidence, they are not able to place the person they have in mind in our church bathroom. …

Fortunately, however, other police departments are pursuing the same person for another on-going case investigation (I am not sure if it is a crime of a similar nature or different and bigger). Happily, this is where they are confident they are going to get him. So, officially Sherwood police investigation of our incident is over. But other police departments (Tigard or Beaverton, I’m not exactly sure) are currently pursuing the person they think is also our perpetrator … .

The parents became suspicious. The following Monday, they asked the deacon for a copy of the police report.  The deacon replied that he knew very little about the incident.  After some discussion, they decided the boy’s father should request the police report from Bien and copy the deacon on the email.

On May 19, the boy’s father emailed Bien: “I wanted to reach out and request a copy of the police report from Sherwood PD,” he wrote. “If you didn’t receive a copy of the report, I’ll be glad to contact Sherwood PD to request it.” Bien replied an hour later, confessing that there was no police report.

Bien met with the boy’s father and the deacon later that day, whereupon Bien informed the deacon and the boy’s father that “he’d put the device in a drawer in the vesting room, and when he went to get it out later that day, it was gone[.]” Bien said he “hadn’t contacted the police … because he feared ‘the consequences of losing the device.’” By the end of the meeting, the men agreed that Bien and the deacon would report the camera to police and the Archdiocese of Portland.

The next day, May 20, Bien and the deacon told the dad they’d followed through with alerting authorities.  An officer responded to the church that day. The priest described how the camera was discovered and how he found it missing from the vesting room hours later.  Bien told the officer that the now “lost” hidden camera did not have a memory card in it when it was turned over to him, but Detective Debbie Smith noted that “some spy-style devices have battery-operated, motion-sensing cameras that either store the images to a memory card or wirelessly through a wifi network.  St. Francis has wireless Internet, the detective wrote, and a wifi-enabled camera could have been configured to use the network.” A judge signed search warrants for Bien’s home, his car, phones and computers, as well as the church.

The Archdiocese of Portland said Bien was placed on leave on June 24, 2015, more than a month after church leaders became aware of the incident.

Earlier this week, police learned that Bien had purchased the $295 hidden camera (along with expedited two-day shipping to his Sherwood, Oregon home) in March of 2015.  The camera was designed to be motion activated with a five-hour battery, and would record high quality video and save it to a memory card and/or allow a user to watch via live stream.  A Washington County judge signed a warrant for Bien’s arrest on Tuesday, August 18, 2015.

When officers arrived at Bien’s last known address, another priest informed them that Bien had left the country.  Investigators now believe he left on June 30, six days after he was suspended from leading the congregation at St. Francis Catholic Church.  Police Captain Ty Hanlon stated, “Unfortunately, we had no idea that [Bien] had left.  Not until yesterday [Aug. 18, 2015] did we learn that he was out of the country.”

The Archdiocese of Portland stated that it discovered Bien had left the country on July 29, 2015. The Archdiocese did not inform police of Bien’s absence, although church officials claim to have contacted Bien and asked that he return to the United States in early August 2015.  As reported by the Oregonian:

The archdiocese said police never asked the church to track Bien’s whereabouts, and church leaders didn’t know he was a person of interest.  Spokesman David Renshaw said the church couldn’t have stopped Bien’s travel anyway.  ‘The church has no ability to confiscate a priest’s passport,’ Renshaw said. ‘We are not a law enforcement agency and do not have the authority to take such a document.’

A Church spokesman said that Bien’s long, unpermitted absence from the archdiocese is “contrary” to church law, but the did not say whether Bien would continue serving as a priest if he were to return: “We do not know if he will return to the States to either face the criminal charges, or be put in line for a canonical review.”

Prior to coming to St. Francis in 2014, Bien served as a “weekend deacon” at Resurrection Catholic Church in Tualatin. From about 2012 to 2014, he served as the parochial vicar at St. Cecilia Catholic Church in Beaverton.  Bien came to the United States in 2005, after attending Mater Salutis College Seminary in the Philippines.  He taught philosophy at the Divine Word College of Legazpi City, Albay, Philippines, and served as a religious education teacher at a local Catholic School.  Bien became a deacon in 2009 and was ordained as a priest into the Portland Archdiocese in 2010.

Captain Hanlon said it’s still unclear whether Bien could be extradited to Oregon to face the pending charges.  Police stated that the investigation is ongoing, and would like to speak with anyone who believes they may have been a victim of invasion of personal privacy at the St. Francis Church.  Persons with information are encouraged to contact Detective Debbie Smith at 503-925-7117.

If you or someone you know has been a victim of sexual exploitation, please call us today at 1-888-407-0224 or use our confidential online form.