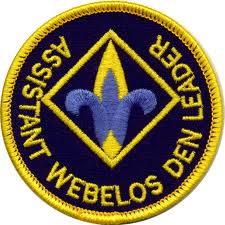 This is part eight in a multi-part series examining the Boy Scouts of America’s (“BSA”) Oregon Perversion files.

On January 21, 1991, BSA opened a secret Perversion file on Cub Scout leader Robert Joseph Ewing of Florence, Oregon.  At that time, Ewing was a single man living in Florence, Oregon, according to the Boy Scouts’ file. According to Ewing’s file, he served as an Assistant Webelos Den Leader in Cub Scout Pack 777.

Suspended or denied registration for the following reasons:

Because he has been under investigation for a[n] [un]natural interest in younger boys. [sic]

The Council office received a phone call from Mr. Ewing’s sister [REDACTED] who lives in Portland, Oregon stating that both she and her brother, Robert, were abused as children and she had caught her brother several years ago having oral sex with a young boy six-year-old, when Robert was 16. She stated that as late as Thanksgiving, 1990 Robert was away from home with a 12-year-old boy. She is sure that boys are being molested, and she wants her brother out of Scouting.

We reported this information to the District Attorney’s investigator who also talked to Billie Williams, and began an investigation. At this date, there has been no legal action brought against him. The investigator states he has no reason not to believe what the sister has said.

The file closes by noting “[t]his case has been reviewed with our attorney and is now on our permanent Ineligible Volunteer File.”

If you have any information about Robert Joseph Ewing, Florence Cub Scout Pack 777, or sexual abuse in an institution of trust, we would like to speak with you on a confidential basis. Please contact us toll-free at 1-888-407-0224 or use our confidential online form.