Part of Explorer probe handed off by LMPD 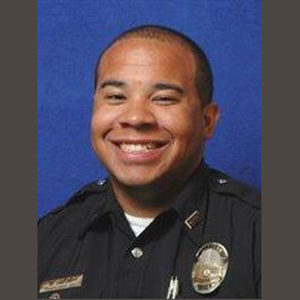 Commonwealth’s Attorney Tom Wine said Saturday the Louisville Metro police department’s Public Integrity Unit last month provided his office with some information about its probe of the Youth Explorer program and that his office is reviewing the material.

Wine had said Friday that the investigation was still entirely in the unit’s hands.

“These are serious allegations which are being thoroughly investigated,” Wine said “Like most delayed reported cases, it takes time to review the allegations and gather facts both by PIU and our office.”

Police Chief Steve Conrad did not immediately respond to questions about the status of the investigation or when it might be completed, and a department spokesman said Thursday it doesn’t comment on pending investigations.

Wine’s remarks came two days after a 22-year-old former Explorer filed a lawsuit alleging that he was sexually abused as a teenager by a former and current Louisville officer when he was in the program.

Kentucky statutory rape law is normally violated when a person has consensual sexual intercourse with an individual under age 16, but it rises to the age to 18 if the offender is in a position of trust or authority over the victim.

The suit has been sealed, but David Yates, the attorney for the man, identified only as “N.C.,” said his client was sexually abused by “people in power.” Yates, who is also president of the Metro Council, added that he believes there was an attempted cover-up.

One of the officers named in the suit, Brandon Wood, has been placed on administrative assignment, while the other, Kenneth Betts, was removed from his post as an associate adviser with the program by the police in 2013 after he was accused of inappropriate behavior. He resigned as a police officer a year later.

The suit was sealed at Yates’ request by Jefferson Circuit Judge Judith McDonald-Burkman.

Other defendants named in the suit are the city, the Boy Scouts of America and Maj. Curtis Flaherty, who has for years run the program created for boys and girls ages 14-19 who are interested in a career in law enforcement. The Boy Scouts are a partner in the program.

Flaherty was in the Public Integrity Unit when it investigated the 2013 complaint against Betts, according to a police officer with knowledge of the unit.

Mayor Greg Fischer said in a statement Thursday that the allegations are “appalling” and said, “I trust that all the facts will soon emerge in this case.”

The Boy Scouts’ Lincoln Heritage Council said the conduct alleged in the suit “runs counter to everything for which the BSA stands” and that once it became aware of the allegations, it took immediate action to remove Wood and Betts and precluded both from any further participation in the Scouting program.

The Explorer program has continued at the department. Conrad has declined to say what steps, if any, it has taken to prevent misconduct.

The Boy Scouts have adopted several rules to prevent abuse of Scouts and false claims against adult leaders, including one that requires at least two adults on Scout outings and another that prohibits one-on-one social media contact with Scouts.

The police declined to say whether its officers are required to follow those rules, and the Lincoln Heritage Council did not immediately respond to questions about whether those rules apply to officers in the program.

Officer Brandon Wood and former Officer Kenneth “Kenny” Betts were both Youth Explorers before joining the police department. Betts was named Explorer of the Year in 2004.  Here is some other information about them:

Commendations:  For apprehending a “dangerous and violent” criminal accused of rape; for pulling a woman out of a car and giving her CPR, saving her life; for presentation to students at Jefferson Community Technical College.

Commendations: For talking a man out of jumping off a bridge; for a controlled buy of heroin at a Dairy Queen; for helping save a man who had a heart attack at the Kentucky Derby.