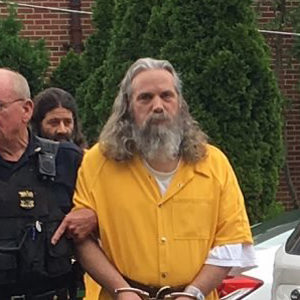 A Pennsylvania man was convicted of multiple counts of child sex abuse on Tuesday for sexually assaulting six sisters from a family he befriended and financially supported when they left their Amish faith, officials said.

The man, from Feasterville, a community just north of Philadelphia, was arrested in June 2016 on charges of raping a teenage girl who authorities said was given to him as a “gift” by her parents after he helped them financially.

The sexual assault of the girl began when she was 14 and she gave birth to two of his children.

Bucks County prosecutors in October charged Kaplan with sexually abusing the teenager’s five younger sisters, after further investigations revealed they had been victimized as well.

The victims now range in age from 9 to 19, prosecutors said.

Kaplan is awaiting sentencing, which has not yet been scheduled.

Deputy district attorney Kate Kohler, who prosecuted the case, said she hoped Kaplan will spend the rest of his life in prison, according to the Philadelphia Inquirer.

The trial, which began on May 31, featured testimony from all six of the sisters he was accused of sexually abusing.

Kaplan for a time lived in the home of the parents and later returned to his own house in Feasterville where he lived with the girls he sexually abused, prosecutors said.

The girls’ mother pleaded guilty to one count of endangering the welfare of children in April and her husband pleaded no contest to the same charge, according to CNN. The two parents are awaiting sentencing.